This one is a little more serious at 57 hard drives were stolen, serious thieves this time.  Records of patients in over 30 states potentially affected.  Due to the volume of people needed to be notified, they fell out of the HIPAA requirements of 60 days.  The drives were stolen in October 2009.  I post about so many breaches and I had to add the humor in the title as these keep growing almost everyone will have free credit services for a year! 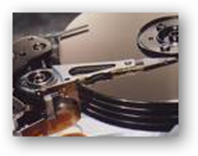 They thought the records were stored in a secure closet, but not.  The offices have moved to a newer secure location. The company is still assessing what exactly was on the 57 drives.  Why do all these health insurance carriers want all this data for when they don’t know what to do with it and how to store it (grin).  BD

Tennessee's largest health insurer is notifying authorities in at least 32 states about a Chattanooga theft of computer files last year that could jeopardize the identity or health records of up to half a million Americans.

Chattanooga-based BlueCross BlueShield of Tennessee said Thursday the company has alerted attorneys general in Tennessee, Georgia and 30 other states about the theft of computer hard drives from Eastgate Town Center last October.

BlueCross is contacting authorities in any state where at least 500 BlueCross customers could have had personal or health data exposed from video and audio recordings on the hard drives.

BlueCross spokeswoman Mary Thompson said the company and its contractors still are assessing what information was included in the 57 hard drives taken during a weekend theft at the company's former customer care center at Eastgate Town Center.

The company already has notified about 220,000 people whose identity records might have been on the stolen computer files. BlueCross is offering each affected person free credit reports and free identity restoration services.