A disappointment for Merck and this is not the only patent tied up in the legal system today, Singulair is another one where the patent is being questioned.  Merck plans to appeal the case according to the article, ho hum, more legal cases to drive up the cost of the medicine we need.  BD

If you are not familiar with Teva, I call them the generic drug company that “thinks I can” from Israel and is the world’s largest generic drug maker and they have a couple of their own developed drugs too, so they are also very much alive and well in the research area.  Their mission of course is to make money, but more importantly the mission to bring affordable generic drugs to market, and they seem to have an extremely intelligent way of doing this.   Granted they are making money but as consumers we are benefiting with more affordable drugs.  I have also questioned as well how long a patent should last and the usual 12 years time granted is slowly being reduced as well.

With all the information available today, as far as from the information data available, there’s a lot more to build upon and less starting from scratch, however on the other side it takes more time to evaluate and research all the algorithms specific to a certain type of drug today.

The need for digital Intelligent Property is upon us and moving quickly. 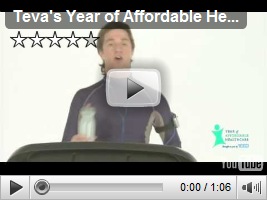 Congress is also studying this issue, do they know what the impact is here, for both sides of the coin?  BD

Teva is seeking approval for six doses of the drug, which is used to treat two kinds of brain cancer. Merck filed a lawsuit alleging Teva's generic version violated a patent supporting Temodar, but the U.S. District Court for the District of Delaware ruled in Teva's favor.

Merck said it was disappointed with the ruling and plans to appeal. Judge Sue Robinson's ruling was based on inequitable conduct and or unreasonable delays in prosecution, or "prosecution laches," by Merck.