You think getting a claim paid today is difficult, well let’s step back a little further on the the Tri-Care bids and these 2 situations are still up in the air.  Healthnet and Humana protested the bids and thus far the GAO is still looking into the matter.   Aetna supposedly cheated with hiring a former Tri-Care official to prepare it’s bid. 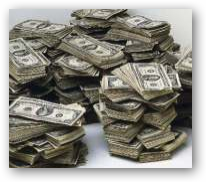 I think we need some monitoring and auditing here with insurance companies as the bid process is also becoming an administrative nightmare too.  BD

Humana appears to have won at least some measure of victory in its push to keep its Tricare membership, but it's unclear whether it will win another five-year contract to administer Tricare benefits in the southern region.  Tricare Management Activity, which runs Tricare, had failed in its bid evaluations to account adequately for how much Humana's network discounts could save the government.

Tricare is the government health plan for military service members, their families and survivors. Commercial insurers are contracted to administer the benefits domestically in three regions: South, North and West.

The GAO also upheld Health Net's protest of the bid process for the next five-year Tricare contract for the North region, but the final award of that contract also is pending.

The reviewers recommended that TMA assess whether Aetna, which originally won, should be disqualified because of "appearance of impropriety" created when Aetna hired a former Tricare official to help prepare its bid.