I don’t watch that much television but when I do it’s usually catching late night television like Nightline or one of the talk shows and you know what, all I see are 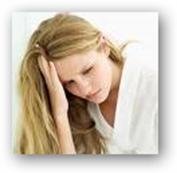 these ridiculous ads about “Depression”.  The one that really gets me is the one with the video with the person blending into the landscape behind them, with the voice suggesting all kinds of symptoms.  Viagra is a focus here and I have taken pot shots at their ads too, but when it comes right down to it, I would much rather see those than this huge myriad of commercials selling anti-depressant drugs.  Those commercials are depressing to watch!  At least the ED commercials show some happy folks.   As you can tell I can’t even remember which drugs they are as all these commercials are the same in my eyes and have no value.

I guess I can next look forward to a study showing that people who watch late night television are more likely to be depressed, right, and guess what caused this?  In the midst of the address made by our President last night on the resilience of the American Public, those anti depressant ads are working in reverse for goodness sakes!  Hopefully this post may get a little attention and at least get some of those anti-depressant commercials off the air.

I’m not the only one that feels this way either, doctors look at them with ho-hum attitude of disgust too.  Has anyone heard of the “power of suggestion”?  That is what I see happening here to sell drugs and to silently convince more that they are depressed.  Depression, if it is occurring will happen on it’s own accord without creating additional cases of those who “think” they might be depressed with a steady diet of this in front of us on the TV all the time, so hopefully perhaps the FDA might look at these too, they are more harmful than the Viagra and the ED commercials in my opinion and truly represent a very negative effect.

With the efforts of trying to build levels of confidence with American citizens, can we cut this out?  Economic times bring on enough and all of this just creates more for to deal with, so FDA look at this stuff too, slap Viagra on the hands if you need to and get rid of these counter productive ads. Since placebos are doing so well in this area why don’t we market those?  BD

Pfizer isn’t alone in bringing a more serious tone to its ads. New York-based Bristol-Myers Squibb Co. now devotes half of a 60-second Plavix spot to side effects, twice the time in a 2005 ad for the blood thinner. The changes, tied to tighter enforcement of U.S. regulatory guidelines, are “increasingly noticeable” industry wide, said Maura Musciacco, an analyst with Datamonitor Plc. While the changes benefit consumers, they may hurt business, she said.

“Ads are becoming more subtle, and being subjected to much more scrutiny,” said Musciacco, whose research company is based in London, in a telephone interview. “There has been a major change in the last few years. If we continue down this route, it may become counterproductive to advertise to consumers.