Here we go, back to healthcare costs, when helping other countries now too.  Some of the patients airlifted to Florida have insurance, some are eligible and some don’t have insurance.  Florida is struggling with their own hospital costs with taking care of us at present and still taking in patients from Haiti.  HHS said they did 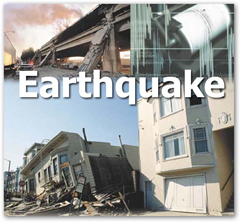 not stop the airlifts and that it was the military’s decision.

Some hospitals have set up their own charities to help out.  Florida seems to be getting the bulk of patients simply due to location, but other hospitals have cared for patients too.  The Governor of Florida has also asked for federal assistance.  People being airlifted are those who need surgery and procedures that can’t be done in Haiti.  Some reports the article states would not accept additional patients until arrangements have been made for compensation.  Also, the National Disaster Medical System needs to be activated to cover costs which would take care of anyone.  Here’s a report on New Orleans for comparison, 4 years later and there’s no replacement or refurbishing Charity Hospital in New Orleans from our own disaster, Hurricane Katrina.

Hopefully this will get resolved, but in the meantime the patients from Haiti are joining the ranks with some of the same battles we have as citizens, will patients from Haiti be taken care of?  Is Miami up to the limit on their budgets and facilities?  Until Congress gets their act together and figures out healthcare we don’t appear to know what we can and can’t afford.  BD

MIAMI — The United States has suspended its medical evacuations of critically injured Haitian earthquake victims until a dispute over who will pay for their care is settled, military officials said Friday.

The military flights, usually C-130s carrying Haitians with spinal cord injuries, burns and other serious wounds, ended on Wednesday after Gov. Charlie Crist of Florida formally asked the federal government to shoulder some of the cost of the care.

Hospitals in Florida have treated more than 500 earthquake victims so far, the military said, including an infant who was pulled out of the rubble with a fractured skull and ribs. Other states have taken patients, too, and those flights have been suspended as well, the officials said.

Florida officials, meanwhile, said the state’s hospitals had not refused to take more patients. Jeanne Eckes-Roper, the health and medical chairwoman of the domestic security task force for the South Florida region — where the Super Bowl will be played on Feb. 7 — said she had requested only that new patients be taken to other areas of the state, like Tampa.

The Health and Human Services spokeswoman, Gretchen Michael, who works for the assistant secretary for preparedness and response, said the agency was reviewing Mr. Crist’s request for financial assistance. The request would involve activating the National Disaster Medical System, which is usually used in domestic disasters and which pays for victims’ care.

Some of the patients being airlifted from Haiti are American citizens and some are insured or eligible for insurance. But Haitians who are not legal residents of the United States can qualify for Medicaid only if they are given so-called humanitarian parole — in which someone is allowed into the United States temporarily because of an emergency — by United States Citizenship and Immigration Services.

Only 34 people have been given humanitarian parole for medical reasons, said Matthew Chandler, a spokesman for the Department of Homeland Security. The National Disaster Medical System, if activated, would cover the costs of caring for patients regardless of their legal status.