This is quite a tragic story about 2 specific individuals that were over dosed with radiation treatment.  Now there are emerging stories in California about over

exposure during brains cancer scans, over 200 patients, but their times of exposure were less than these 2 individuals here who were getting radiation treatment.

In some areas linear accelerator errors do not have to be reported so sometimes if an overdose has occurred, so some individuals may never know.   The treatment plans for the patients (the settings in the computer) were not completely saved, thus when reading this one huge reminder to always save your work.  When the treatment began, the computer began to crash.  The crash caused the windows to be open completely for all 3 treatments, causing the overdose.

When a computer crashes, always double check anything attached.  The technicians in this case were not IT savvy, and perhaps adequately trained with safety thus errors occurred.  Outside of this story I too am amazed at how individuals won’t report troubles on their office servers or pcs either, which can lead to data corruption, viruses, etc. and they continue to work. 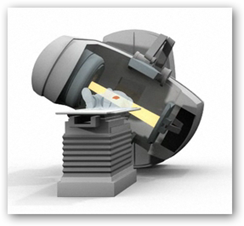 The other patient, a woman in this story received 27 treatments overdosed and burned a hole in her chest.  Neither of the 2 hospitals had fail safe software alerts programmed in.  The hospitals were only fined $1000 and $1500 for the mistakes.  This is especially bothersome to me as alerts and fall overs are like required and are an every day occurrence in the world of IT with PCs, servers and networks, and yet a machine was put out there for use without adequate safety measures to stop and alert technicians of any abnormalities.

When I was back writing my EMR years ago, that was one of the real benefits of having a practice work with you, to find those things and items that you don’t think of or miss from the programming side, as they will be found with end users and quite quickly.

A thought here, who approved this machine, the FDA I think?  Second question, are there enough IT and engineering wise individuals working there to catch this?  Obviously and sadly enough not in this case.  Varian put the machine out without adequate safety and yes the ultimate blame comes back to SOFTWARE and the lack of error notification algorithms, in this case they were missing.

I thought this is why the FDA existed to make sure we are citizens are safe when they approve drugs and devices.  Thank goodness the FDA is hustling today so we don’t stand to suffer any longer from “good old boy” relationships and deals that are still coming to light as each year moves on.  As late as the end of 2008, some of the key researchers at the FDA didn’t have a computer and were still writing up their work longhand on paper.

ONE MORE TIME, WE NEED PEOPLE WHO ARE AT LEAST MINIMALLY EDUCATED IN IT IN POSITIONS OF LEADERSHIP AND AUTHORITY, PERIOD.  I wrote this post about 2 years ago and darn if it is not applicable everywhere I turn.

The New York Times has a great Interactive Graphic here to give a graphic accounting as to how radiation treatment works.  There was also a statement issued warning users of excessive reliance on software, in other words check your work and the settings with any software.  Outside of this story, I do have to say that all the preferences and settings each program has today and choices are driving people crazy today as they don’t understand some of the complex settings that are available in some software programs today and the process to create their own preferences and how to remove mistakes.

I run into frustrated and “under educated” users at every level from Windows up to more elaborate healthcare software, such as EHRs.  On the other hand I have seen lack of security with just hospital IT networks, finding computers added to the active directory, but not under group policy, with the employees having free run with downloading peer to peer programs such as Lime Wire and getting all their music for free and yet at the same time exposing the network to tons of hackers and security leaks, so all over in healthcare there’s room to learn and grow here.

User interfaces are important and so are the alerts that caution users about changes and potential dangers and in this case the perfect storm occurred, with the individuals operating the radiation machines, events happening at the moment, and software failures/design, to have 2 people lose their lives through radiation poisoning.  BD

As Scott Jerome-Parks lay dying, he clung to this wish: that his fatal radiation overdose — which left him deaf, struggling to see, unable to swallow, 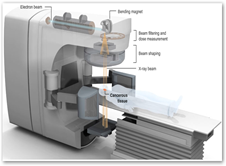 burned, with his teeth falling out, with ulcers in his mouth and throat, nauseated, in severe pain and finally unable to breathe — be studied and talked about publicly so that others might not have to live his nightmare.

A New York City hospital treating him for tongue cancer had failed to detect a computer error that directed a linear accelerator to blast his brain stem and neck with errant beams of radiation. Not once, but on three consecutive days.

Soon after the accident, at St. Vincent’s Hospital in Manhattan, state health officials cautioned hospitals to be extra careful with linear accelerators, machines that generate beams of high-energy radiation.

“We were just stunned that a company could make technology that could administer that amount of radiation — that extreme amount of radiation — without some fail-safe mechanism,” said Ms. Weir-Bryan, Ms. Jerome-Parks’s friend from Toronto. “It’s always something we keep harkening back to: How could this happen? What accountability do these companies have to create something safe?”

The Times collected summaries of radiation accidents that were reported to government regulators, along with some that were not. Those records show that inadequate staffing and training, failing to follow a good quality-assurance plan and software glitches have contributed to mistakes that affected patients of varying ages and ailments.