California is right up on the list where medical marijuana is legal with a prescription from a doctor.  Over the last year the City of Los Angeles has come on strong as it became almost too easy.  BD 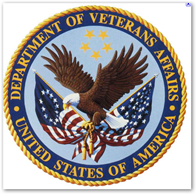 United States Department of Veterans Affairs has decided to revise a policy to allow veterans in states where medical marijuana is legally allowed to use the natural pain reliever for pain management.

As many as 14 states allow medical marijuana, but the federal government outlaws its use, creating a situation in which residents who follow their state law and use the natural painkiller would have to face a possible federal persecution.

The new policy will take effect next week, according to New York Times.

Under the current department rules, veterans can be denied prescription painkillers if they are found using illegal drugs and there is no written exception for medical marijuana which has been found highly effective in fighting some types of pain such as that experienced by HIV/AIDS and cancer patients.