With mergers and acquisitions I have pointed out this is an area to be aware of as it gets confusing these days as to who owns who and who partners with who.  In writing this blog I’m constantly posting those types of updates all the time and there are quite a few as private equity along 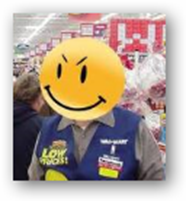 with insurance behemoths are buying up HMOs, wellness companies, hospitals, you name it.

If a company owns a subsidiary who practices in a certain area, common sense tells you they may try to refer to them to keep revenue in the same overall pocket, which is no secret as business has run this way for years.  However, with healthcare contracts and human lives, it gets a bit sticky here as we are not products on a pallet and all kinds of privacy and fair treatment issues are here.

We are seeing new types of affiliations and data sets being analyzed and granted there are “some” laws out there but how do you police and enforce one subsidiary from wanting certain data base information from the other?  This is a good question and granted some of this could be illegal and not have the ability to be used in any court case, but how do you enforce looking? I would imagine there’s a ton of “looking” going on today as we live in a society that is addicted to all types of analysis procedures.  Some of this is necessary and good and some can be analyzed for greater profits and the latter is what we might need to ponder.

Is there any danger in looking, as the old saying goes.  By today’s standards, “looking” can offer a wealth of information when queried against other data sets, kind of the unspoken processes that could be influencing decisions in many areas of healthcare today.  In the meantime this will be a suit to watch to see if in fact conclusive evidence is found to show that contracts interfered with the care injured employees received.  BD

Wal-Mart Stores Inc. is facing a potentially costly legal challenge in Colorado, where a class-action lawsuit accuses the world's largest retailer of conspiring to limit medical care for injured employees in a bid to save money.

The suit, filed last year in the U.S. District Court for Colorado on behalf of roughly 7,000 current and former Wal-Mart employees in the state, accuses Wal-Mart, Concentra and insurer American Home Assurance Co., part of American International Group Inc., of conspiring to violate a Colorado worker's compensation law that bars companies from dictating medical care for workers hurt on the job.

Lawyers for the Wal-Mart employees suggested the retailer could face similar legal action in other states, such as New York, Texas, Wisconsin, Arizona, Iowa, and Oklahoma, which likewise bar companies from dictating injured workers' care.

Wal-Mart, Concentra and American Home deny in court documents that they conspired to limit medical treatment, and argue that Ms. Gianzero's case was an isolated one that doesn't justify a class action. They point out that in the claims dispute of the other named plaintiff, Ms. Jensen, who was injured in 2007 when a pallet struck her face and arm, an administrative law judge found that the protocol notes didn't curtail her care. The judge nonetheless sided with her on her claim that she should be allowed to see another doctor.

Another physician, David Orgel, refused to sign a declaration, and instead provided affidavits to lawyers for the injured workers in which he said he felt pressured by Concentra superiors to change the medical care he had suggested for Wal-Mart employees.