The Medical Quack is somehow turning into a blog about bar coding, why, because the news is full of articles about recalls, fake drugs, stolen drugs,

defective devices, you name it.  We need the technology right now to be able to get the word out.  Would you not like the availability to scan either a product or a bar code and immediately read it on your smart phone?  If so, take time and vote.  The would have helped find the stolen Advair.

This same technology can also authenticate a physician with the new DEA rules, video at the link below.

People want this, read the tweets below from consumers and Health IT CIOs.  The demand is here for the information and it’s only going to stand to grow.

The video below will show how it works, simple.  Wonder how many more lawsuits will be filed?  The solution is here today and it would make it easier for the FDA to work with compliance.  People die with implanted defective devices so it’s time to get to the solution of communicating with the technology that can fix the problem. 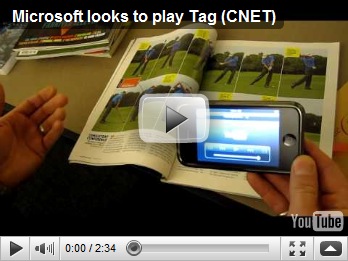 Washington, DC—A nonprofit doctors group filed a lawsuit against the U.S. Food and Drug Administration (FDA) this month, after they failed to notify patients of dietary alternatives to dangerous diabetes drugs such as Avandia, a highly scrutinized diabetes medication. The group, Physicians Committee for Responsible Medicine (PCRM), alleged they petitioned the FDA to require that such alternatives be included on labels for the drugs, but to no avail, according to a Monday, July 19, 2010 PCRM news release.

The lawsuit contends, “PCRM’s petition requested that FDA require a disclosure in the labeling of drugs, such as Avandia, used to manage blood glucose in diabetes treatment. The disclosure would state that a low-fat plant-based diet has an efficacy and safety profile that can be as favorable as, or more favorable than, oral diabetes medications. FDA has failed to provide a substantive response to PCRM’s petition in a reasonable time, in violation of the Administrative Procedure Act.”