alcohol in their system, even for first time offenders.  If you are a family member driving the same car, well you get to blow too.  Is this going a little too far?  Granted there can be lives saved but is the investment in the technology going to pay off or is this more of Big Brother is the question.

There are a lot of other technologies in healthcare that can save lives too and we see perhaps not enough funding in those areas so I guess the question is are we in fact budgeting for technology in an area that might be small by comparison to other areas that could use it?  This could be a good way in general just to keep cars off the road too as from what the article says here a high pitch sound emits that is annoying and the driver will need to stop the car to stop the noise.

This device also raises money in the fact that it is around $100 to install and then a monthly subscription is required for around $70 to $100 per month and it didn’t say how long this goes for and hopefully it’s not a lifetime.  Just like anything else in proof of concept stage, you don’t really know how it will work until actual testing is done and how it will be received.

Again, it is a source of revenue and the implementation and use has to follow along to be successful.  I can see the potential of the legal challenges here in time with this technology as I am guessing those who created the law and revisions are probably “non participants” and just passed the law along.  Myself, I think small devices that one can carry with them to test themselves at any time might be a better solution to increase by education rather than a rigid enforcement, but I’m not an expert here.

In California the DMV is also talking about making license plate advertising components, in other words you would see rolling advertisements on the license plates, and again this could create revenue, but how disruptive would they be? 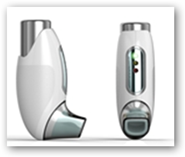 Now let’s add on some healthcare blue tooth devices that require you to check in and answer text messages too, so what are we creating here and how many parameters can one work within and still maintain sanity with rules and laws, and it seems that nobody looks at the over combination, just their own personal interest area, sounds like politics doesn’t it?

What if you have one of these to worry about with medications too?

Or perhaps this inhaler that will talk to your phone, will we all have enough breath to go around and how many want to analyze our breath at their disposal as some of the healthcare information could end up being recycled back around to an insurance company through a wellness subsidiary they own?  These are just some items to think about as the laws are pretty skimpy here. 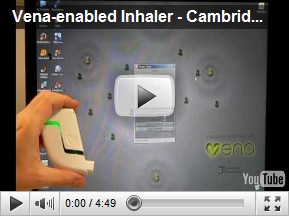 The interesting questions that arise from all of this is that are we in fact creating better solutions or generating more money to survive with additional penalties and money?  If not done correctively whether punitive or constructive devices, it’s going to end up being very disruptive and create a very mad and angry society if the parameters are not simple enough and useable and boy do I see this coming with a combination of technologies and everyone after their own personal interests.

In the meantime I guess Intel need to hurry up and get those cars out there that drive themselves and this could solve the whole issue (grin).  Check out the links below for more on this side of the technology.  BD

The Autonomous Car…Car Bots Will Save Lives

- with proponents saying it would be an optional tool that will save lives and critics contending that a nanny-state government will use it to keep Americans from driving home after drinking a single beer at a baseball game.

The catalyst is a push by New York Democratic Sen. Charles Schumer to provide $60 million over five years to develop in-vehicle technology that would recognize a driver's blood alcohol concentration.

DADSS estimates that installing the technology in every car would save 9,000 lives every year - and Newton notes that "the very crux of the technology is that if you're sober, you're not even going to know it's in the car." But Longwell, operating on the assumption that the device will end up in every car, counters that "there are much better ways to save lives with regard to drunk driving than by going after the entire American population."

"You're talking about putting a piece of technology in every single car in America to go after a very small population of offenders," she says. "And so what we would advocate is let's find the best ways to get those drunk drivers off the road without coming up with an approach that targets all Americans whether or not they drink, or drink responsibility."

Should Your Car Test if You've Been Drinking? - Political Hotsheet - CBS News