What is really worth reading here are the comments under the area of “culture shock” with Microsoft talking about how long a project stays in the works, no more than2 to 2/2 years and this was a shock to government workers as they have had long slow drag outs for implementing new 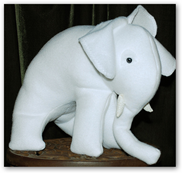 applications and software, not to mention hardware too.

What was mentioned was the cancellation of the VA project from the Federal CIO, Vivek Kundra, which was mentioned here last week.  Projects that are not working are being cancelled.  This flows over too into what I have said even from the commercial side of healthcare in the fact that the business feeds itself and we have a glut of over produced software that charges and makes millions on transactions that could be more efficiently used with a ton less vendors and combined technologies.  This is a huge cost of healthcare we all pay for.

In short what Microsoft can do here is emphasize use of the cloud and bring the implementation methods down to a much shorter time.  BD

WASHINGTON -- As federal agencies put their budgets under the microscope looking for items to trim, under-producing IT projects could land on the chopping block.

Federal CIOs are under pressure from the White House tech team to eliminate inefficient tech deployments, and either overhaul or abandon projects that are running over budget or behind schedule.

One of Ballmer's messages to the CIOs was to shorten the development and procurement cycle, Carlson said. Within Microsoft, projects that drag on for more than a year are closely scrutinized, while none is generally allowed to languish for more than two and a half years. But in government IT, historically, it has not been uncommon for projects to crawl along for several years.

"They were blown away by this," Carlson said. "One of the things the CIOs brought up that they're struggling with is the culture shift."

Federal CIO Vivek Kundra has been leading an effort to evaluate under-performing or over-budget IT projects across the agencies, while also trying to bring more transparency into how much money the government is spending on various projects.

"They really are paying close attention to these large projects that aren't working," Carlson said. "They've already canceled one with the VA. There's going to be more of these."