Finding the solution still continues and more patient stories are coming out with the effects of what happened to them when over exposed, with hair failing out, rashes, etc.  One man was even judged by his co-workers as they thought he had some 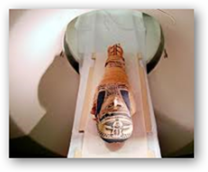 contagious disease based on the rash that was covering his body and loss of hair.  The link below somewhat amazed me as our members of Congress have limited intelligence in some of these areas and the word “surprise” I guess fits as they are pretty much non participants in basic consumer IT knowledge and use.

Over the last couple years there have been other areas neglected such as the FDA requiring a 90 day notice before a Windows update could be performed.  Once again this goes back to the word change and keeping up to date with technologies as they update and new ones become available.

This is a software issue and the NIH is now getting involved to begin collecting data as well.  CT scans are supposed to help with a cure and not make a patient’s condition worse or add a new disease.  The article here speaks about many 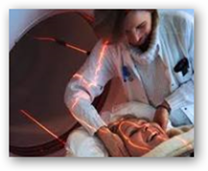 specific incidents at Cedar Sinai where the information was first gathered and repotted.  At least they reported the information so others could be aware and check their machines.  GE and Toshiba were the 2 machines in question with the CT over exposure cases.  When you read through, the staff and doctors point out that the over ride capabilities of the software had not been adequately explained and nor was it mentioned in the manual for use.

Certainly there were screens that may have lead someone to investigate and one doctor finally did after many cases were coming up with rashes and hair loss, but one thing to remember too is that healthcare people are also working with patients when working with software and devices, so their time is split as far as attention spans bouncing back and forth.  This is not unusual with any job, but more critical by all means with radiation scanning equipment.

What I also want to point out from the article are the 2 paragraphs below that to date nobody can take ownership on the programming of the software and the automated “algorithm” from the GE machine is left unexplained in the fact that there are now disputes over the fine lines of this case.  GE basically states that feature should not have been used for this type of scan, but no warning is there about this.  The technicians also state due to this fact and a few others that they did not receive enough training on the safety side.

“To this day, no one at Cedars-Sinai knows who programmed the scanners that delivered the overdoses, officials there say. But in written statements to The Times, hospital officials said they had figured out how they might have occurred.”

“To do that, GE offers a feature on its CT scanner that can automatically adjust the dose according to a patient’s size and body part. It is, a GE manual says, “a technical innovation that significantly reduces radiation dose.”

I learned too from a tour I did with a brand new hospital too that newer CT scanners offer less radiation exposure all the way around so the higher the bit, the lower the exposure, with newer machines only.  64 bit is still pretty much the standard found at most facilities today.

CT scanners are expensive and safety needs to be foremost for sure and the learning that took place here is sad for all the patients and hopefully through all the efforts being put forth, safety can re-enter the picture here with patients not being over exposed and having that fear present.

When Alain Reyes’s hair suddenly fell out in a freakish band circling his head, he was not the only one worried about his health. His co-workers at a shipping company avoided him, and his boss sent him home, fearing he had a contagious disease.

Only later would Mr. Reyes learn what had caused him so much physical and emotional grief: he had received a radiation overdose during a test for a stroke at a hospital in Glendale, Calif.

Other patients getting the procedure, called a CT brain perfusion scan, were being overdosed, too — 37 of them just up the freeway at Providence Saint Joseph Medical Center in Burbank, 269 more at the renowned Cedars-Sinai Medical Center in Los Angeles and dozens more at a hospital in Huntsville, Ala.

The overdoses, which began to emerge late last summer, set off an investigation by the Food and Drug Administration into why patients tested with this complex yet lightly regulated technology were bombarded with excessive radiation. After 10 months, the agency has yet to provide a final report on what it found.

But an examination by The New York Times has found that radiation overdoses were larger and more widespread than previously known, that patients have reported symptoms considerably more serious than losing their hair, and that experts say they may face long-term risks of cancer and brain damage.

The F.D.A. was unaware of the magnitude of those overdoses until The Times brought them to the agency’s attention. Now, the agency is considering extending its investigation, according to Dr. Alberto Gutierrez, an F.D.A. official who oversees diagnostic devices.

Patients said doctors speculated that their temporary hair loss might stem from a variety of causes — stress or a ponytail tied too tight — and that redness and rashes were caused by detergent used to wash bed sheets.

The overdoses did not discriminate. Among the victims: a member of Cedars-Sinai’s own board of governors, Ruthe Feldman. Mrs. Feldman says she left the board after learning about the mistake.

One day last August, the radiation safety officer at Cedars-Sinai, Donna Early, decided she had to act.

It was a low moment for such an esteemed institution. Patients were being overradiated during CT brain perfusion scans, hospital officials concluded, and it was Ms. Early’s job to tell county health officials.

Mr. Heuser did have a stroke, from which he would recover. But other parts of his body inexplicably began to break down.

“I had a full body rash — my whole body, legs, armpits, bottom, my back — with these red welts,” Mr. Heuser said.