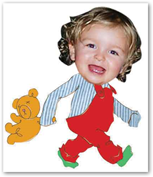 coverage.  I would also think that where ever possible though it would be beneficial to have the children under the parents policy, that is if the parents are in a position to be able to afford the entire package and we are seeing this area becoming troublesome too as the money and affordability is simply not there.  BD

The administration reacted sharply to the insurance pullback. "We're disappointed that a small number of insurance companies are taking this unwarranted and unnecessary step," said Jessica Santillo, a spokeswoman for the Health and Human Services department.

The major types of coverage for children — employer plans and government programs — are not be affected by the disruption. But a subset of policies — those that cover children as individuals — may run into problems. Even so, insurers are not canceling children's coverage already issued, but refusing to write new policies.