There are always 2 sides to a story but 9 years indicates there’s a lot to talk about as a lot has changed during the last 9 years and if there has not been any increases in that amount of time, the hospital may have a good case to play a bit of hardball here.  This is pretty large as the Florida 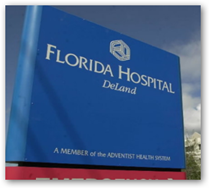 Hospital chain has 18 regional hospitals.   We have one chain in California that will not see patients who are covered by employer based plans from United.

In New York there are also problems with contracts and the 24 hour notice rules.

It’s all about fitting into the rules and parameters of the “algorithms” of compliance for payment in the New York situation.  We are finding this becoming more apparent in many areas as the actual work flows of hospitals are having difficulties meeting some of the requirements needed in order to get paid.  At the link below the peer group, hospitalists and board could not figure out how to comprehend the parameters United needed.

In the Florida Hospital case the article states that letters of warning have been sent.  One of the administrators from the hospital said it is affecting care as the co-pays have risen too high and patients are not getting their medications and not seeing their doctors for screenings and lab tests.  BD

The Florida Hospital system and United Healthcare are embroiled in a contract standoff. If the two companies cannot agree on new terms by Aug. 15, about 170,000 United Healthcare customers in Central Florida would be unable to go to the 18 regional hospitals in the Florida Hospital network for non-emergencies or visit doctors employed by and acilities owned by the chain.

Executives from both sides have been meeting since November, trying to negotiate a contract. But they remain at an impasse.

For example, the average cost for an outpatient service such as arthroscopic knee surgery would increase by about $700 next year, United Healthcare spokesman Daryl Richard said.

Florida Hospital officials, on the other hand, say the hospital chain's contract with United Healthcare has not been renegotiated since 2001.

"In the last few years, employers have tried to share the costs with employees, but they're getting to the point where they can't ask employees to shoulder any more of the burden," said Cherney, noting that copays are getting so high that some employees are now skipping medications or tests because of the cost.