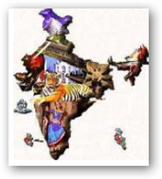 have to get their drugs and medical devices “direct”, in other words no hospital billing.  This is relative to “private” hospitals and the patients under this program are in the “cashless” program where I assume there’s no out of pocket expenses for the part of the patient so there’s no expense, but it looks more like a change in billing to keep cost down so the hospital it looks like in helping the patients doesn’t have a say here either in their selection.

Once in a while it’s of interest to take a look and see what is going on in other parts of the world relative to healthcare costs and you wonder with current business trends if this is what could be developing here.  We had one insurance carrier already invest in a company in China that has a line of communication with the US FDA already, to promote more Chinese drugs/devices for use in the US and globally. BD

Patients covered under cashless mediclaim policies of state-owned insurance firms may have to procure drugs and medical equipment directly from suppliers and pharmacies designated by the insurers.
The move comes in the backdrop of a row between four PSU insurers and major private hospitals over suspension of the cashless treatment facility earlier this month.
"We are taking a long term view on the possibility of buying (from the suppliers) medicine and medical equipment directly. We may use that in future," a chairman of one of the public sector insurance companies said here.
He said that the move would help them to reduce the amount to be refunded to claimants. These insurance companies are planning a direct tie-up with the suppliers to procure devices and drugs which will help them reduce the cashless claims.
Four insurance companies--New India Assurance, United India Insurance, National Insurance and Oriental Insurance - had stopped the cashless service because of alleged over-billing by some private hospitals.
The insurance firms had alleged that hospitals were over-charging from the patients under the mediclaim policies.
While the regulator IRDA had said that it had no role to resolve the impasse, industry body CII took the initiative to arrive at a solution. A meeting between the insurers and the representatives of the private hospitals took place in Mumbai on July 13.
The insurance firms had agreed to extend the cashless facility only on "case-to-case" basis for the benefit of lakhs of mediclaim policy holders.