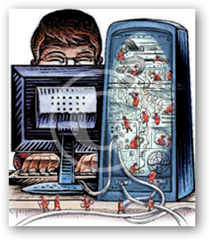 where we need baby sitters at government levels?  It sure sounds like we have some folks who may not be in the adult category.  Over the years I have removed peer to peer software from employee computers and they get mad, go figure.  They think their computer at work belongs to them, to which I say no this is the company computer, yours is at home.

So speaking of home computers used for business use, do they not have enough sense to realize that sensitive data can be exposed on the web?

These folks are the same ones that are concerned about data security and just passed a huge Healthcare Reform package right?  This worries me.

What this says is that we have a bit of lack of education in software that almost every kid wants to use to get free music, videos and other items from connecting to another computer on the web, but yet we have leaders that have no clue what in the heck this is, been around for years and Napster was the beginning years ago. We have folks that don’t pay attention as to how technology is shaping our world.  Is there really a true understanding in Congress as to what HIPAA is all about?

Now we have members of Congress mad at Google as they potentially intercepted information from wireless devices from US Congressmen who didn’t have a lick of sense and left their wireless open without a password, so pot calling the kettle black here?

Maybe this is why the Russian spies had such a cushy and easy job, maybe what they were looking for was all out there for free and Google should be the least of their worries, it’s the other folks they should worry about.  Jane Harman, chair of the Intelligence Subcommittee from Homeland Security was one that left her router open?  Huh??  There were 20 government officials in all that are upset with Google over their street views with the collection of data.

How do we cure this, participate in the very basics of computer IT knowledge today, please.  Once this happens we can work on creating a higher level of health literacy, and while we are at it, get some role models out there besides the President, constituents would like to see this instead of having to read about the folks in the Pentagon getting busted for child pornography.  BD

Several dozen Pentagon officials and contractors have been accused of -- and in some cases were convicted of -- purchasing and downloading child pornography on government computers, the Department of Defense's inspector general's office disclosed in 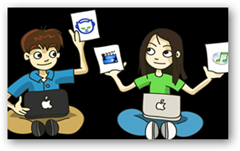 The investigation that led prosecutors to these government workers was actually part of a larger Immigration and Customs Enforcement agency sting called Operation Flicker, aimed at identifying individuals who paid money over the Internet to access child pornography overseas, according to the inspector general's office.