First of all finding fake store fronts is a good idea and something has never been researched to any large degree.  Florida is a huge area for fraud.

Crooks are better billers so you can’t rely on electronic monitoring only as all their data looks perfect as they have one focus of fraud and do not see patients.  One other big area was “dead doctors” who were rolling in their graves submitting claims.  This was a disconnect of data systems to  where authenticity was not being conducted by Medicare.

There’s a video at the link below talking to one who was caught and he tells how easy it was, until he was caught. 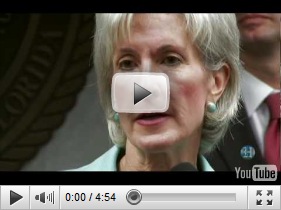 The Department of Justice (DoJ) has reported that 94 people, including some doctors and healthcare company owners, have been charged for their alleged participation in schemes to collectively submit more than $251 million in false claims to the Medicare program in the continuing operation of the Medicare Fraud Strike Force across the U.S.

The joint DoJ-Department of Health and Human Services (HHS) Medicare Fraud Strike Force is a team of federal, state and local investigators charged with combating Medicare fraud through the use of Medicare data analysis techniques and an increased focus on community policing.

Charges were brought against 94 individuals who are accused of various Medicare fraud-related offenses, including conspiracy to defraud the Medicare program, criminal false claims, violations of the anti-kickback statutes and money laundering, according to DoJ. The charges are based on a variety of fraud schemes, including physical therapy and occupational therapy schemes, home healthcare schemes, HIV infusion fraud schemes and durable medical equipment (DME) schemes.