intervene.  The only problem with such a system is keeping the 3d parties out the door so additional transactions are not added for profit.  We have tons of this in healthcare today, and they get in there with software they sell showing “value” and not to say their software is bad, but much is a duplicated effort and those who make decisions without a Health IT background and don’t know the different buy in.

This is huge today as the average person from a demonstration can see the value of the product, but the big 800# gorilla here is “do we need it” or do we already have something we could modify in the system with most of the features already available in another manner.  Many of these companies you see on Wall Street with Million and Billion dollar profits.

The industry also feeds itself and creating other whether needed or not other areas of perceived value.  Once a system as such like this one is in place, in come the auditor software companies that will tell you they can take the data and save you even more money, so you end up with more transactions from one medical claim. Again this is huge all throughout healthcare and an area we should target for duplication and waste.

Problem is without those who can give you some expertise in this area, you think you are buying a good thing and you end up with duplicating what may already be in place.  The idea of digitizing is great and having information available to hospitals too but I do have to laugh though as well when we see the “projected” savings, as this changes every day, so don’t go to the bank with the dollar savings you are quoted, it will be there but perhaps not the amount stated. 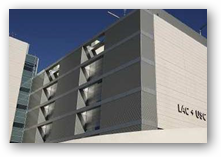 There will be software upgrades, free or maybe those you pay for and additional features will come along and you have training too.  We have already seen what the LA City Council did with the new USC/LAC hospital in buying into information given that changed.  The result is we have a hospital that is “TOO SMALL”.

Moral of this story, better have some in house IT specialists so proper and good evaluations can be made as the average person is not anywhere in a position to cover all these bases and perhaps we will begin electing officials with some IT backgrounds soon, I hope!  BD

City and Fire Department officials face opposition from organized labor and some City Council members over a proposal to contract out billing and collections for the Los Angeles Fire Department's emergency medical services.

The proposed outsourcing of collections is bundled with a popular initiative to move to electronic collection of medical data by the Fire Department's emergency medical services unit. The proposal would give paramedics hand-held tablet computers on which they would input patient medical information at the scene of an emergency, eliminating the current system of hand-printed forms that department staff called cumbersome and prone to transcription errors. 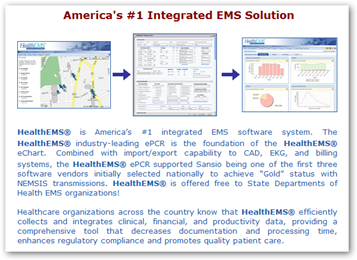 The two-part proposal includes a $10-million, six-year contract with Scanhealth Inc., better known as Sansio, for the computer system. Under a separate six-year contract, the city would pay Advanced Data Processing Inc. up to 5.5% of net collections revenue to handle billing and collections.

The city projected a net revenue increase of about $11 million over six years under the plan. The Fire Department billed $151 million for emergency medical services in the 2009 fiscal year but collected only $58 million. (don’t believe this part as it will change, BD)