This field of transactional business intelligence in healthcare is even out doing the bio tech software end of things, why?  This is where the money can be made quickly and easily with selling “value” created software.  Actually this is nothing new and is the basis of Wall Street investments if you think about it.  In healthcare the software that mines and creates queries for reports is something you do not see as a consumer but there is a “glut” of it out there. 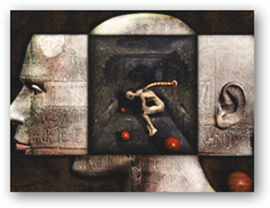 We have already hammered down on hospitals and drove many to the brink of either closing or bankruptcy so now it is time to look at cutting and saving in other areas and this is it.  One Venture Capitalist not too long ago said that all VCs should be able to write code, and that was right on the money as those who do not have “coders” and those who are considered a “creative technologist” might just be taking a bigger gamble on their investments than they need to.

We need auditing and billing software services by all means, but not to the extent we see now as software carves out some nice little profit areas from the payment that goes from point A to point B, invisible to the consumer.  You may see companies of such on the news remarking about their billion and million dollar profits and wonder, “what does that company do”.  Chances are it may be one of these outfits and it’s all about their algorithms that can make and save money.  Again, it’s just what the stock market does with algorithms and there’s fierce competition among the companies as who has the best and most profit making algorithm too.

When selling this type of service to the average CFO or other administrative executive, without the highly touted CIO who is also a Creative Technologist, you are basically screwed as far as knowing what you “really” need.  In healthcare, none of these algorithms from the payers need to be certified to function correctly like EHR software, so we have an imbalance here as care needs payment in healthcare.  United Healthcare as one example has made billions on their use of algorithms, reported yesterday for the 2nd quarter.

Today you can actually major in business analysis in college and I truly think in time this could also lead to a new 12 step program to those who are addicted to this process too.  We need a certain amount but when you define the parameters to be excessively difficult to bring a proof of concept to the actual working environment, you have created not much more than another algorithm designed to move profit from one area to another, big problem in healthcare today as we can see it in the news every day.

This business feeds on itself as well and creates even more opportunities as the algorithms grow and get further defined.  A good example is at the post below.  Even our ONC staff had to relax what they felt was a program that was workable.

Again, this should truly be the next area where excessive costs in healthcare are evaluated and there’s tons of duplication here and too many layers with each transaction adding up to billions and millions for those who do the data only.  BD

New figures from Dow Jones VentureSource show that venture capital investors poured $157 million into U.S. based medical software and information services companies in the second quarter of 2010 compared with $82 million during the same quarter of last year -- a 91 percent increase.

As the country's healthcare information infrastructure continues to modernize, the breakdown of investments in the medical software and information service sector for the second quarter showed that clinical decision support raised the most investments at $77 million. Second was the health administration software segment, which garnered $37 million. The drug discovery and bioinformatics software segment and the medical software and information services tied for third spot with $15 million. Medical imaging software was last with $13 million worth of investments.