I had to stop and read this twice as soldier death benefits paid to families upon death are being monetized to the point of creating profits and the “checks” sent are no good.  The life insurance companies are banking on the fact that many families do not use the money right away and hold on to it in funds that are not FDIC insured!  Last year with life insurance policies there was a story about Hedge Funds that create bonds to wager against policies cashed in by seniors mainly but continue with investor funds and if the “disease” group lives to long, investors lose their money.  This is worth a read as well to see what else goes on somewhat behind the scenes. 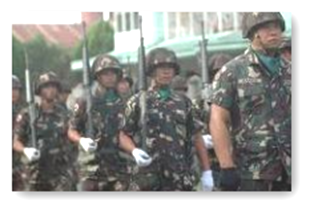 The interest paid is yet something else to look at while the beneficiaries receive a very low rate (.05%), the insurance companies are making a lot more on where they invest the money.  This should be disclosed up front and options should be given on the death benefits paid and the fact that the money is not even insured, it could vanish on a few bad deals.

Insurers are holding on to around $28 billion payable to survivors.  The article goes on to state the checks were drawn on JPMorgan Chase and the funds were in fact held by Prudential and not in a bank.  This sounds again like another technology issue that slipped by the SEC perhaps without the full algorithmic formulas and data trails to monitor this situation.

In today’s age of transparency, this doesn’t go along with the rest of the flow and if you are a beneficiary of one of these policies, check it out and see about moving your money so you can be assured it is in an FDIC insured account would be my advice.  This is terrible as loss of a loved one serving the country is horrible enough, but to add insult to injury in not being up front is almost unexplainable for the sake of profits.  BD

The package arrived at Cindy Lohman’s home in Great Mills, Maryland, just two weeks after she learned that her son, Ryan, a 24-year-old Army sergeant, had been killed by a bomb in Afghanistan. It was a thick, 9-inch-by- 12-inch envelope from Prudential Financial Inc., which handles life insurance for the Department of Veterans Affairs.

Inside was a letter from Prudential about Ryan’s $400,000 policy. And there was something else, which looked like a checkbook. The letter told Lohman that the full amount of her payout would be placed in a convenient interest-bearing account, allowing her time to decide how to use the benefit.

As time went on, she says, she tried to use one of the “checks” to buy a bed, and the salesman rejected it. That happened again this year, she says, when she went to a Target store to purchase a camera on Armed Forces Day, May 15.

Lohman, a public health nurse who helps special-needs children, says she had always believed that her son’s life insurance funds were in a bank insured by the FDIC. That money -- like $28 billion in 1 million death-benefit accounts managed by insurers -- wasn’t actually sitting in a bank.

It was being held in Prudential’s general corporate account, earning investment income for the insurer. Prudential paid survivors like Lohman 1 percent interest in 2008 on their Alliance Accounts, while it earned a 4.8 percent return on its corporate funds, according to regulatory filings. 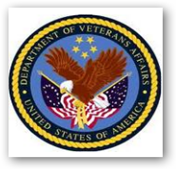 Insurers are holding onto at least $28 billion owed to survivors, according to three firms that handle retained-asset accounts for about 130 life insurance companies. There are no public records showing how much companies are holding in these accounts.

The “checks” that Cindy Lohman wrote, the ones rejected by retailers, were actually drafts, or IOUs, issued by Prudential. Even though the “checks” had the name of JPMorgan Chase & Co. on them, Lohman’s funds weren’t in that bank; they were held by Prudential.

“About 40 percent of the money stays in for more than a year,” Woldar says. Insurers can have use of survivors’ money for years, even decades, says Randi Lichtenstein, a product line manager at Bank of New York.

Since 1999, the VA has allowed Prudential to send survivors “checkbooks” tied to its Alliance Account. In 2009 alone, the families of U.S. soldiers and veterans were supposed to be paid death benefits totaling $1 billion immediately, according to their insurance policies. They weren’t.

Even Stephen Wurtz, deputy assistant director for insurance at the VA, who has overseen the insurance program for 25 years, has been kept in the dark by Prudential.

“It’s flown under the radar,” professor Stempel says. “Regulators have not done their job.”

Until public officials wake up, the bereaved will remain a secret profit center for the life insurance industry.