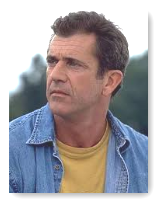 see what exists on file.  If the treating dentists and/or doctors keep electronic medical records, it should be easy enough to obtain.

This is such a messy scene and the recorded tapes that we have all heard add to the investigation but not as much as actual records if there are any with doctors.  It also mentions that for several months all of the incidents were kept secret and that could be for a good reason too with perhaps some kind of reconciliation being tried.  None of us really know as it’s not our lives but we are following as celebrity events as such somewhat tend to set precedences at times.  BD

The Los Angeles County Sheriff's Department investigation into Mel Gibson is focusing on physical evidence, witness testimony and text messages -- not highly publicized audio recordings -- to determine whether he should be charged with hitting his ex-girlfriend and/or endangering their child, law enforcement sources told The Times.

Despite all the publicity surrounding the purported voice of a ranting Gibson hurling profanities and seemingly threatening ex-girlfriend Oksana Grigorieva in telephone recordings, that audio will ultimately play little role in determining  whether the actor/director faces criminal charges, according to two law enforcement sources familiar with the investigation

The investigation is instead focusing on whether witnesses, written records and electronic records verify Grigorieva’s allegations that Gibson struck her last January and endangered their child, Lucia, according to those sources, who spoke on condition of anonymity because of the ongoing investigation.

Detectives are also pursuing medical records that would verify the level of injury Grigorieva claimed in the days after the incident, according to sources. Some of the evidence in the case is on a cellphone Grigorieva used; sheriff’s officials have brought in the department's top expert on extracting and reviewing that type of information.