How many more new plan offerings can we sift through? As soon as the payment algorithms and business models change, we have new plans and 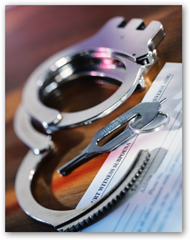 this is a cycle that doesn’t appear to be ending any time soon, so as consumers, even with the help of HHS and the nice website they devised what could be here today as a choice is gone tomorrow.  It’s all about the costing algorithms.  Here’s an example of what we have happening in California with Pacificare, which was purchased by United Health Group.  Employers are having to renegotiate contracts to bring them into the algorithmic cost compliance of United rather than what was offered with Pacificare contracts.

One hospital in Orange County, St. Josephs has pretty much put the lid on employer insurance via United and won’t accept any patients under their plans; however on their own accord the hospital has a contract with United so perhaps other contractual agreements are honored for patients, so it gets confusing.  You may be ok with an individual policy from United, but if you work for a company in Orange County with one of the old Pacificare contracts being renegotiated you might be out of luck for a simple example.  In actuality this contract over rate disputes has been going on a long time even before contracts came up as the hospital for about the last 2 years has been in conflict with their payment rates, ask any biller in southern California about the denials and mess that is occurring.

The article below stated it eliminates the “Gucci” doctors, but I say it goes a lot farther than that, it’s all about the contracts, the analytical cost projecting and scoring of participants that allow for the dollar amounts charged.  If as a patient these days if you pay to go out of network, the financial consequences will be greater than before but at least now it’s a little more known and not hidden as it was over the last 15 years.  United is still setting their lawsuit over the Ingenix out of network claims short pays and you can read more here and file if you were part of the group that was underpaid as a provider or a patient. 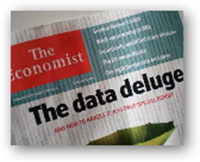 Here’s a short listing of some of the other legal cases involving the same issue with the other carriers subscribing and paying United for the use of the data base to make their calculations.

United though has an answer for you with their HSA, Health Savings Accounts and they even have a “bank” for you instead of working with one of the other larger commercial banks for these accounts.  The bank has over a billion on deposit now, so you can begin to see how this intertwines and how we need to pay attention to what health insurance subsidiaries are doing as it affects everything. 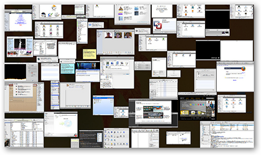 If you dig a bit further with health insurance subsidiary actions you can see where United now owns a company in China that works to get more Chinese drugs and devices approved for use in the US and other countries, so see any relationship here on controlling cost?

Restriction to access for patients and containment of healthcare cost will be assisted and directed by health insurance subsidiaries as they are all working together today, so be aware and be alert.  BD

As the Obama administration begins to enact the new national health care law, the country’s biggest insurers are promoting affordable plans with reduced premiums that require participants to use a narrower selection of doctors or hospitals.

The plans, being tested in places like San Diego, New York and Chicago, are likely to appeal especially to small businesses that already provide insurance to their employees, but are concerned about the ever-spiraling cost of coverage.

“What this does is eliminate the Gucci doctors,” said Peter Skoda, the controller of the Haro Bicycle Corporation, a Vista, Calif., business that employs 30 people. Facing a possible 35 percent increase in its rates, Haro switched to an Aetna plan that prevents employees from seeing doctors at two medical groups affiliated with the Scripps Health system in San Diego. If employees go to one of the excluded doctors, they are responsible for paying the whole bill.

UnitedHealth is experimenting with a more limited plan in California and Chicago and plans to expand to four or five other markets next year. Patients are allowed to see a doctor who is not in the network the insurer established, but they pay much higher out-of-pocket costs than they would in a traditional plan offering out-of-network benefits.

One way insurers say they hope to prevent another consumer backlash is by emphasizing that they are not choosing doctors on price alone. The insurers say they look to see how quickly a doctor’s patients recover from surgery, for example. But how much the insurers emphasize quality remains to be seen.