Sending cargo in the belly of a passenger jet has been a bit more economic to date which is changing due to new security rules.  This was my former area of expertise with air cargo and a number of years ago it used to the opposite with rates being cheaper with cargo airlines, how things change. 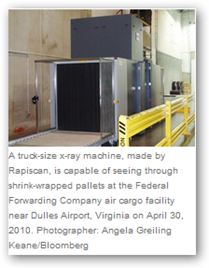 The reason for some of the changing paradigms too has to do with the cargo airlines using technology and their ability to better handle specific types of cargo better than riding in the belly of a passenger jet.  This is a smart move as contamination can occur with manually inspecting pharmaceutical products.  If a pharmaceutical company or biotech organization had high value shipments that need constant tracking, FedEx has a program to where the location can be tracked 24/7, even on the jet.

Dry ice shipments are always a big concern and those days have changed a bit too with technology and here’s another solution from FedEx in that area.

CryoPort and FedEx Solution for Shipping Temperature-sensitive Medicines and Biomaterials

Just by looking at the 2 links above it gives you an idea as to why the air freight industry costs have increased.  Pfizer with their program will not be subject to the “on premise” TSA inspections, but at the same time are accountable for every detail on the paperwork for each shipment.  This part is not new, but the responsibility areas are now shared with federal regulations.

If that isn’t modern enough, try Twitter for tracking parcels too.

Shipment could stand to have delays until TSA has all the scanners in place.  As this article states costs will go higher and those costs are passed on

with shipping tariffs either temporarily or permanently put in place with surcharges.  As an end consumer though, we are the ultimate payers here.

Pfizer Inc., the world’s largest drugmaker, didn’t want to take any chances when rules requiring screening of all U.S. air cargo take effect next week. Neither did Racine Berkow Associates, a shipper of fine art.

Both are among 873 companies that as of last week had joined a federal program qualifying them to screen their own goods for air shipping instead of relying on airlines or freight-handling companies.

Companies expect delays and confusion as airlines and customers struggle to meet the 100 percent inspection standard, up from a requirement of 75 percent that took effect in May, said Brandon Fried, executive director of the Airforwarders Association.

FedEx Corp. and United Parcel Service Inc., the largest U.S. air-freight carriers, are exempt from the inspection requirements because they fly planes without passengers.