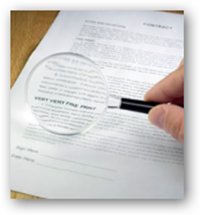 premiums payments on medical costs.  As noted here Senator Rockefeller wants to ask that fraud detection be excluded from the area of medical costs.  He might be on to something here too as this is where the big transactions occur and make millions for subsidiaries and 3rd parties.  United as an example could be using their subsidiary Ingenix to run fraud detection and of course they would get their normal transaction fees, so thus the money goes right back into the till of United if that is is the case.  United also owns a bank where HSA, health savings accounts are kept, so does that qualify for medical costs in helping support the bank?

There are also many 3rd parties that offer fraud protection and business intelligence software that make big profits in selling their algorithms to insurers and those profits might be contained a bit and money saved it if in fact were not be churned and turned around.  One company is owned by a private equity firm in the UK and actually uses Ingenix products and pays for the software so here we go again with the big circle circulating back into United.

The word “fraud” detection opens the doors to a ton of analytical services that make millions and billions on the stock market and granted we need some of these services but where do they fall into medical care, do they?  I actually wonder how much fraud is really caught when I read the stories in the news and how much of it is perhaps denials by the algorithms with the clause of “searching for fraud”.  The crooks always swim by as they know the claim game and how to avoid the intelligence that would put them into a fraud parameter report. Do premiums go to cover venture capital investments?

This will be interesting to see how this all shakes out with what is medical care in the classifications.  We might as well make an algorithm for it so we are all on the same path and have the insurers run their accounting functions through it so we can determine which accounting functions are allowed under the rules and which are not.

If we had this more clearly spelled out we wouldn’t have to deal with “whoops” as the rules for hospitals and doctors they issue are clear and to the point or no compensation.  When someone needs care there’s no time for “whoops” when human lives are on the line.  BD

WASHINGTON, July 22 (Reuters) - Insurers are trying to undermine the healthcare reform legislation by lobbying the rule writing process that would limit insurers' spending on non-medical costs, a consumer advocacy group said on Thursday.

The group Health Care for America Now issued a report saying insurers are waging a battle to make the rules as broad as possible, simply to maintain their profits.

"The reason they don't want stricter regulations is simply because so many companies have been making outrageous profits by gouging American families," Sen. Al Franken said at a press conference announcing the report.

Nearly $1.9 billion would have been refunded in 2009 by the six largest for-profit health insurance companies had the rules been in effect, according to an Oppenheimer & Co analysis cited in the report.

UnitedHealth (UNH.N) would have spent $867 million in refunds last year, the report said.

On Tuesday, Sen. John D. Rockefeller IV wrote a letter to the president of the National Association of Insurance Commissioners -- which is drafting the rules -- urging the exclusion of services, such as fraud detection.