First of all it’s nice to see Mr. Potter over at the Huffington Post and this is where the source of this article comes from.  If you are not up to date on who Wendell Potter, here’s a couple links on past articles.  He worked for CIGNA for years and was an insurance executive prior to retirement and becoming a consumer advocate.  He knows what goes on from the inside having spent many years in the business. 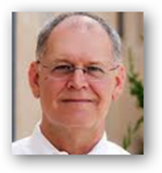 I still feel we truly need a “Department of Algorithms” in order to monitor and audit how health insurance is run.

I have included some of the highlights here and it falls right into place with what I say about the use of algorithms as the carriers live and die from them.  I mention all the time about investors and the claim and processing end of the business that continues to feed itself and he elaborates on pretty much the same principles and adds more information that we would normally not hear.

When you stop and look around at who is buying who it keeps coming around to companies that either process claims or do anti fraud audits with software as that is flat out where a huge amount of money is spent in healthcare with not enough return, but tons of profits for those who sell it.  I’ll keep posting links here to prior articles that tell the same story over and over so take a look and see what I mean.

Wendell Potter also gives us some inside scoop here on how the lobbying takes place and again he was with CIGNA and was part of this for years and we are lucky to have his insight as a patient advocate now.  Here’s a quote with his warning and you would have to living under a rock today if you are in healthcare not to see some of this materializing right in front of your eyes, that is unless you choose to zone out completely and be a non participant but that just makes the game easier for the insurers to gain control for profits.  BD

I”f they do, the real winners in this fight will be insurance company executives and their Wall Street masters. If they win this, that cartel of profit-driven corporations will be more firmly in control of our health care system than ever before.”

The nation's biggest insurers -- not happy with provisions of the four-month-old health care reform law that would force many of them to spend more of the money they collect in premiums for their policyholders' medical care -- are pressuring regulators to disregard what members of Congress intended when they wrote the law, so that they can keep raking in huge profits for their Wall Street owners. If they are successful, many policyholders will soon be shelling out even more than they do today to enrich insurance company shareholders and CEOs. Billions of dollars are at stake, which is why the insurers and their symbiotic allies are pulling out all the stops to gut a key part of the law that would require them to spend at least 80 cents of every premium dollar they take in for medical care.

To be able to meet the minimum MLRs without breaking a sweat, insurers, as you might expect, are trying to persuade the commissioners to let them reclassify just about all of their administrative costs as medical expenses. And they are not just lobbying the commissioners. They are also trying to get friendly governors and members of Congress to lean on the commissioners. One large insurer, using a tactic the industry often uses, provided one friendly freshman Democratic senator with a set of talking points that they encouraged him to use in drafting a letter to the NAIC leadership supporting the industry's wish list. The insurer also asked him to persuade several of his colleagues to co-sign the letter.

As Senator Jay Rockefeller (D.-West Virginia), chair of the Senate Commerce, Science and Transportation Committee, wrote in a letter of his own last week to his state's insurance commissioner, Jane L. Cline, the current NAIC president:

Rockefeller is right. The resources they are spending are, for all practical purposes, limitless: the pot of money they use for such things is replenished every month when policyholders send in their premiums.

As Rockefeller pointed out, the administrative expenses insurers are claiming really and truly are quality improvement expenses include money they spend to:
-- Process and pay claims;
-- Create and maintain their provider networks;
-- Update their information technology systems to code medical conditions and process claims payments;
-- Protect them against fraud and other threats to the integrity of their payments systems; and
-- Conduct "utilization review" of paid claims to detect payments the insurers deem inappropriate and retroactively deny them.

As a former insurance company insider, I know that insurers will not offer a disease management program in the first place unless executives have been persuaded that it will either generate additional revenue or reduce costs -- or do both.