Home » Medically Related » Other Items of Interest » Technology » Dr. Gary K. Michelson With Philanthropy, Pets and One Who Won over Big Business

It’s not too often the doctor wins but in this case after years of legal battles this one did.  The LA Times put out a nice recount of how it all happened with Medtronic infringement on the many surgical devices he had created and patented, along with 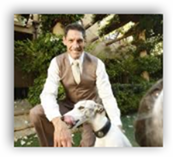 implants and procedures for spinal procedures.   He’s now retired but practiced as a surgeon for more than 35 years.  I first mentioned the doctor back when Blue Cross came out with their X-Prize for $10 million to solve healthcare, which we knew was going nowhere, and the next day in the press was his offering of $75 million for his project to find a non surgical way to sterilize pets.  I’m a pet owner and had to make the comparison.  He has also donated to the human side with medical research too after again spending a great number of years practicing.

It’s not too often the small guys win, especially today but here’s one who did.  BD

The gig: Dr. Gary K. Michelson, 62, is a billionaire inventor of surgical devices and a retired orthopedic surgeon who has devoted an estimated $300 million of his fortune to an assortment of causes. Topping the list: animal welfare, medical research, online textbooks and tropical rain forests.

An early influence: Michelson vividly recalls the childhood event in Philadelphia that set him on his path to medicine: His grandmother suffered from a crippling spinal deformity that made it impossible for her to distinguish between hot and cold in her extremities. One day she was in her kitchen preparing lunch for him when he smelled something bitter. His grandmother's hand, touching the stove's flame, had caught fire without her knowing. Michelson screamed. His grandmother doused her hand in water and delivered the words that would change his life.

"She said, 'You'll be a back doctor and you'll fix this for me,' " he recalled. "I was probably in second or third grade."

Big payday: A doctor for more than 35 years, Michelson has invented hundreds of instruments, implants and procedures to make spinal surgeries faster, safer and less expensive. He has 955 patents to his name or pending worldwide.

He spent years fighting a medical device manufacturer over the rights to his work. Medtronic Inc. agreed in 2005 to pay Michelson $1.35 billion to end the legal dispute, catapulting him onto the Forbes magazine annual list of the 400 richest Americans. .

How I Made It: Dr. Gary K. Michelson, inventor of surgical devices, philanthropist - latimes.com