Home » Insurance » Medically Related » Man Robs Bank for $1 So He Could Get Healthcare in Prison-Is This What Happened in California Where The Sick are Being Released From Jail Now?

Man Robs Bank for $1 So He Could Get Healthcare in Prison-Is This What Happened in California Where The Sick are Being Released From Jail Now?

This is sad indeed, but when incarcerated, they get medical attention.  You can read the rest of the story but he sat down and waited for the police, no running here as all he wanted was healthcare.

In California, the prisons are so over crowded that they are turning the sick out from Jails as it has become a safety issue.  Yes there was a little sarcasm in the title 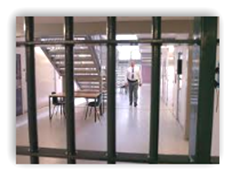 here with wondering if this did maybe happen in California.  We are getting so divided on the haves and have nots that prison is unfortunately starting too look good to some as you get fed, get medical attention and some are feeling that being incarcerated and being taken care of is worth the crime I guess.  That really sends out a message too if that is the case, is it looking better to be inside and be taken care of?  Sad if this is the reality we are beginning to see.

It’s all those algorithms and a digital illiterate Congress that let this occur and we have all been fleeced with mathematics.  It starts from Wall Street and goes downward and right now if you watch the over rated IPOs of social networks, this time we are getting to see the bankers in action with the news every day,where as during the mortgage mess we did not, and sad we are still letting it happen.  I’ll keep saying it until it finally sinks in about the math, it’s all in those algorithms that have created the decision making processes and redistributed the money in this country and it appears we have not woken up yet to get past denial and see the light.

By contrast this US Congressman, Dan Lungren from California gets to drive while 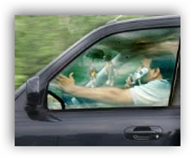 talking on a cell phone, system is just skewed horribly at times and the Congressman just couldn’t get over himself in this instance and doesn’t require jail I guess for his healthcare:)

What does make the news is all the reports on how “stupid” consumers are and that’s getting old as not enough is being done and the mathematical algorithms are still running and the longer we stay not in tune, the more the rich can make.  I wish  more journalists could focus on the reality a bit more and less on the sensationalism that keeps everyone distracted.  BD

A 59-year-old man has been jailed in Gastonia, N.C., on charges of larceny after allegedly robbing an RBC Bank for $1 so he could get health care in prison. Richard James Verone handed a female teller a note demanding the money and claiming that he had a gun, according to the police report.

He then sat down and waited for police to arrive. "… I say, 'I'll be sitting right over here, on the chair, waiting for the police,'" Verone told reporters, recalling the June 9 robbery in an interview from Gaston County Jail.