Home » My Commentaries » Other Items of Interest » The Price for Promoted Trend Sponsoring on Twitter Costs $120,000 A Day–How Much Money Did WeinerGate Drum Up Or Is He Still Drumming Up?

The Price for Promoted Trend Sponsoring on Twitter Costs $120,000 A Day–How Much Money Did WeinerGate Drum Up Or Is He Still Drumming Up?

One might ask too how long does a trend last?  We’ve going on Weinergate for quite a few days now so this is big money for Twitter.  I don’t have a problem with 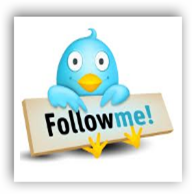 Twitter making some money but this up to a new level and granted they have tried o figure out how to monetize it like the other social networks are doing.

I like Twitter and use it for my news media reading as there’s nothing else that comes close with efficiency and I use TwinBox so it’s right in Outlook like everything else is.  I have a few other tricks too like using Xobni to connect everyone on linked in and Twitter as well as the Microsoft social connectors too, so I don’t miss a lot and have a connection when the occasion arises if I need it.

I also use a few RSS feeds for those who are not using Twitter and still use some Google Searches that are emailed to me and they work together real well and the emails are not many any only fill in anymore for a few holes where I want selected information.

So, who promoted the Weinergate trend and how much money did this make?  This a long trend as it’s still going on.  News makes money these days in ways that you probably never dreamed of:)  There have been 6000 campaigns since the promotions began last April.  For some additional information you can visit ClickZ and he adds a few more details on how some of this works.  There are also opportunities to “bid”

on sponsoring a trend and the numbers come in with each winner spending a minimum of $15k so there’s some dollars saved in advertising costs with the bidding process.

Now the one that gets me though is the opportunity for advertisers to pay $4 for a follower.  You might go broke on this one because just as easy as it is to follow, you can un-follow too.  So what happens here with the un-follower goes away, are they now a part of an email campaign from a paid sponsor?   Back on the Weinergate subject I’ll bet Washington didn’t realize they were driving up some profits here and there are those cashing in.  That’s right all kinds of online advertising agencies are making buck off the backs of the soap operas of Congress. I think the whole thing is pretty stupid though and blown way of proportion. I guess that goes back to me working on doctors and hospitals servers and I can tell tales about all the porn and peer to peer stuff I removed over the years, not to mention almost getting electrocuted in one server room.  These folks obviously were not into security either at the time and it’s goes with those who are not IT literate that continue to do that stuff, and sometimes those who are literate and build the security try and beat their own systems too and it shows up.

Rep. Anthony Weiner of New York Admits His Behavior on the Web-Time for All Members of Congress to Increase Their Digital Literacy!

Here’s one that is worse an still in office but this story doesn’t make money, or at maybe not until after the airing of this video about Senator Vitter.

Some advertising money is well spent and done well, but today it’s more like see what sticks to the wall:)  Now I have a new complaint with Washington with all the money and profits that are being made from their silly antics over all of

this.  Who cares and he’s had enough punishment so let’s all be adults and get on with taking care of serious business and quit calling the kettle black and learn up and get some digital literacy when it comes to creating laws.  Nancy Pelosi could use the web to do her ethics investigation if that’s what she wants to pursue and save us taxpayers a ton of money.  While all this insanity goes on with money being flung from the rafters, let’ take a solemn look at what’s going with state budgets that need to ask for more from philanthropy organizations.  This dire need really makes everyone from Weiner and everyone in Congress really look pretty naïve and digitally illiterate as not being educated enough on knowing how to balance and focus.

This really make all of them look small to spend such a huge amount of time on this and we have folks sitting in the House and Senate with worse things on their record.  They just don’t get it and continue to sponsor ridiculous trending that others pay for and reap financial rewords for some algorithm on the web that organize and bring the trends to the screen and you can bet some profiled data sold for a real premium before all of this was done with a little web scraping and a few other techniques while many consumers can’t afford a regular visit to the doctor.  BD

Businesses are paying Twitter $120,000 to sponsor a promoted trending topic for a day, director of revenue Adam Bain told marketing news site ClickZ. That’s up from $25,000 to $30,000 when the feature was launched in April 2010.