Home » Medically Related » Other Items of Interest » Patient Gets Drunk on Hand Sanitizer in Australian Hospital With Blood Level of 0.271

Patient Gets Drunk on Hand Sanitizer in Australian Hospital With Blood Level of 0.271

I would say he had quite a buzz going and probably a stomach that didn’t feel too good either.  I don’t that stuff tastes very good and he drank six bottles of the 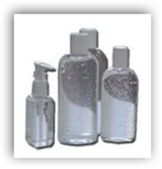 sanitizer and 66% alcohol will do it.  I heard stories of how inmates in prisons have ingested it, but this certainly seems to hit the high limit.  What is amazing is that 3 other patients had been nipping the sanitizer too.  The new procedures are to secure it to the wall and not have it available for consumption so easily.  Don’t drink hand sanitizer and drive by all means:)  I read too recently to where there have been cases of drug tests to where hospital staff, just by using the sanitizer correctly have shown traces of alcohol in their system.

He was there being treated for alcoholism so I say he was in the right place, but lock down the hand sanitizer in the future:)  BD

SYDNEY (AP) — A man who drank six bottles of alcohol-based hand sanitizer while being treated in an Australian hospital for alcoholism has sparked calls for the anti-bacterial gels to be better secured.Doctors said in a letter published Sunday in the Medical Journal of Australia that they were stunned to discover the man had downed six 375-milliliter (12.7-ounce) bottles of hand sanitizer, giving him a blood-alcohol concentration of 0.271 percent. That's more than five times higher than the 0.05 percent legal limit for driving in Australia.

The 45-year-old had been undergoing treatment for alcohol-related gastritis when he drank the sanitizer. The gel has an ethanol content of 66 percent and is routinely used by medical staff to prevent infection.

Patient gets drunk on sanitizer in Aussie hospital - NewsTimes