I just somewhat wonder how many more opinions will be generated.  This is a touch option here to generate a good ruling.  As I said in the title, public option is missing and in some areas people are left without a non profit plan and are pretty much stuck with having to purchase a plan sold on the stock market which bothers many, as it bothers me with their continued profits while care lags.  In essence it just seems like who one asks that day as to what opinion you get.

It only serves to get even more interesting when rulings are made by judges who can’t even keep up with their own investments and we have conflicts of interest going on, like this:

Myself, I don’t see where some of these interpretations are really based as the plan was perhaps OK when a public option was included, but once that was removed, 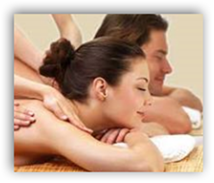 the whole concept and game changed, so this is just a big mess and no matter who rules, consumers are NOT going to be happy with being forced to buy health insurance from publicly traded companies and especially in view of the somewhat less than ethical algorithms run for profit.  Again, a little high powered tech data sorting would do wonders to bring all the the consequences into a manageable viewing situation with some high powered queries.  This is not getting done manually or with a personal PC by any means today, but in the meantime look what benefits are at the end of the table.  BD

President Obama's healthcare overhaul survived its first test before a federal appellate court, as the U.S. 6th Circuit Court of Appeals in Cincinnati concluded that the law's insurance requirement is constitutional.
"We find that the minimum coverage provision is a valid exercise of legislative power by Congress under the Commerce Clause," a 2-1 majority of the panel concluded, rejecting a challenge by the conservative Thomas More Law Center.