Ok so here we go again with the math, but the random matrix theory has been around for a long time so create some algorithms to run it and off we go.  What the computer has been able to do is uncover information that has been hidden relative to how the HIV virus behaves, as some people have an immune system that fight 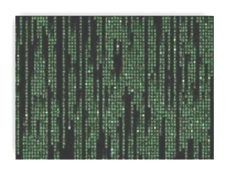 off the virus and of course we want to know why and the secret here by all means.  The random matrix theory is used in the stock market and had it’s roots in nuclear physics.

MIT as you might guess is where this process is originating and what they are in fact doing are testing real clinical data against their theory.  So many drugs are developed with this same or similar process with simulating certain events and characteristics to view the outcome and with genomics, we have huge data sets to work with and high powered computing is a must.  This is yet one more tedious process in the search for a cure.  Back in 2008 I had the opportunity to interview and talk with Patrice Milos, the Chief Science Officer for Helicos who markets and sells sequencing and molecular devices and technology.  It was kind of funny when we talked as she’s very much into understanding coding and was one of the Chief research workers at Pfizer years ago with Lipitor.  Anyway we enjoyed a great conversation and talked a lot about how math and coding is the answer to break throughs and cures today.  BD

In the interview below, Chakraborty explains how he used random matrix theory to find hidden correlations within a large set of data.

AC: We used a statistical method to analyze available HIV sequences to search for groups that may be a good target for the T cell arm of a vaccine. Based on mathematical analysis, we understand why the group is vulnerable based on the structure of HIV. We are testing some of our predictions against human clinical data.

For example, people who control HIV without medications, disproportionately target the vulnerable region we have identified. Further work is required to obtain other such regions of vulnerability, including those that could be targeted by another key arm of a potential vaccine.

AC: I think that some major breakthroughs in medicine and biology will come by bringing together approaches from the physical, engineering, and life sciences with clinical studies. Indeed, the Ragon Institute of MGH, MIT and Harvard was formed with this premise to make discoveries that can create a vaccine against HIV and other diseases.