We seem to be hearing more and more stories similar to this based on “contracts” to where it comes down the last minute and employees and participants are left to make changes in a hurry, many like in this example having to potentially do so in a couple weeks time frame.  Contracts change all the time it seems today and if it is 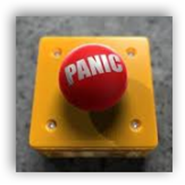 not insurance, then it’s formularies, etc.  There’s no doubt that we live in a very complicated world today and the US Healthcare system is difficult and confusing to navigate and to feel good about having made a wise decision sometimes as things are not always as they appear.

Again we might ponder once again and ask why, and we come back to the same answer it seems all the the time, it’s all about the money and consumers, based on contract changes are left out on their own to shift for themselves.  As of the writing of this article Humana is not coming on board and a 90 day transition time is looking pretty bleak so members will have to change quickly and that may mean changing doctors in a hurry if they are not participants in one of the other plans.  Healthlink was one of the new awardees here with the new contracts and it might be important to just add a side note here that they are the largest Blue Cross insurer in the state of Illinois and had profits last year of $1.9 Billion and they estimate increasing rates for employer sponsored groups plans of 3% to 10%.  I would say the insurers are using their predictive model algorithms to work out some pretty good profits based on their analytics, you think?

So while insurer profits continue to rise, consumers are once again having to make quick decisions to remain within the profit zones.  Anymore you don’t really appear to have a big choice in some circumstances and it’s a shift of moving the data and revenue cycle data from one place to another, but where you get your care and how far you may have to drive and other similar effects with such contracts appear secondary to the profit status, in other words read what we contracted here and you are pretty much on your own.  BD

What looked promising Friday afternoon apparently is not to be. Many area retired teachers and those across downstate were hoping Humana would enter into one of the 90-day emergency contracts to offer health insurance. Without Humana, many will be forced to change insurance, perhaps having to travel great distances to new doctors and hospitals.
The state Department of Healthcare and Family Services announced April 6 that a five-year contract, with five 1-year extensions had been awarded to Blue Cross Blue Shield and BCBS HMO Illinois for HMO coverage. HealthLink and PersonalCare were awarded the contract for the Open Access Plan.

The new coverages are scheduled to take effect July 1. The Illinois Retired Teachers Association will have an informational meeting for any retired or active Illinois educator covered by the Teachers Retirement System at 1 p.m. June 27. The meeting will be in the Community Outreach Building, 2500 N. Annie Glidden Drive, DeKalb.