Home » Insurance » Medically Related » My Commentaries » Technology » United Healthcare OptumInsight’s LifeCode® Gets US Patent on ICD-10 Algorithms–Time for a Department of Algorithms As Part of the US Patent Office?

United Healthcare OptumInsight’s LifeCode® Gets US Patent on ICD-10 Algorithms–Time for a Department of Algorithms As Part of the US Patent Office?

As you can see, health insurers are hot on the trail with software (which is nothing more than a collection of algorithms to quote Bill Gates) and this is getting so large and filings for patents is also a huge topic these days and I wonder even about the 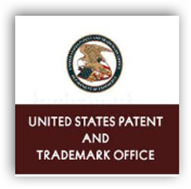 ability of our Congress to create new laws and structures for this process.  Patents are not going away, but we nee some new definitive languages to outline a bit better as to what is a patent and is one required for a set of algorithms, i.e. who is affected and how far reaching is the software, on the web or in an application?

This is a very gray area and I have reported on other companies who have their ICD-10 solutions out there too and without a full research on all that have been announced (i.e. Microsoft and 3M for a couple quick examples) do they all have patents and how does this service from OptumInsight differ?  It may and then again it could be very similar in nature and not seeing the code structure I can say one way or the other.  One thing that I did agree on with Microsoft who was in the news of late was their request to restructure the “intellectual property” patents in the US, as it is needed, it is too unstructured right now and again with software, there needs to be some definitive areas established as anyone could show a display of software and how it works and get a patent and we might be experiencing a lot of that today and then down the road we end up with lawsuits with patent disputes, so we have a real no win problem here and this is not a simple solution by any means to be very definitive with patents and intellectual property.

Sometimes when challenged in court with some of the long standing patents we have and by the time the court case it settled, nobody is even using the original technologies that received a patent, so what sense does that make?  If you read around here often enough then you know I throw a lot of suggestions out there and this is just my “think tank” brain at work. So I’ll give you a link that goes back to 2009 and it contains the video of Harry Markopoulos and his testimony about the SEC, as it makes a real point for a need for a Department of Algorithms, somewhere in the government structure that is specialized to have experts to not grant so many blanket patents.

This relates a bit to banks and so forth as well and you know the other night I was transferring some data to a server, nothing that was private and just some public file documents and you know I did the same thing the coder that was accused of doing at Goldman, I drug a bunch of old VB code and stuck it where I didn’t need it and it just made me think about the Goldman case as I did the same thing with grabbing a bunch of code accidentally and granted my stuff nothing with any value but the Goldman case stated his was open source code that he grabbed by accident and it just made me think of that case.

I did it but again I am not a programmer working on trading algorithms and software, but it just told me that accidents like that do happen and it just made me wonder how that trial really went and did the jury understand what the code was and was it really more than just an open source stick of of code module which would need to be combined with other code to have any effectiveness and make some algorithms work.  I mention this as when we go to court these days too, a jury of peers with technology cases is going to be “darn hard” to find as so much will be way over the head of a layman so how fair will court cases be that discuss patent infringements?  I think that’s a real good question to ponder and again wonder if we will in fact have the availability of jurors who can intelligently discuss some of this.

So back to the core of this discussion how big are the patent files going to get on software algorithms, think we need that specialized department, I think so or something along that line.  In the genetics side of this companies such as Myriad are experiencing their issues with patenting “genes” if you will which again is a software solution to find the data, so perhaps some of this thinking could roll over more so into healthcare software too that has to do with payer processes?  Here’s a couple links from some prior posts that maybe add some food for thought along this line.

Are we creating laws that are Algorithmic Centric or still just putting down pages and pages of verbiage with language that is supposed to set the laws on how software transactions take place without any certification so we have an idea of accuracy and operability.  This is a herd of big white elephants about ready to stampede.  One of my own thoughts which has been mentioned here many times is the certification too of payer algorithms just like medical records are certified to be accurate in their tender of information? There was a recent case now with 3rd parties too who audit medical claims with Med Solutions and Blue Cross who were caught on the “stress test” algorithm, interesting case and again who’s algorithms are analyzing what and presenting what types of results?

I mention all of this now and it’s not going to vanish and will come around for discussion again and when I look back to my post on 2009 of needing a Department of Algorithms it even spooks me a bit:)  What even drives this discussion a bit further was back last year when Pfizer couldn’t even get a US trademark on Viagra as they said it was too similar to Horny Goat Weed, so again even in the clinical area there’s a lot of room for patent and copyright discussions today. We all know that we have paid dearly for the “legally patented stents” on the market today that save our lives and not that having a patent is a bad thing by any means, but the value of some these and the awards given in court cases is sure one more driving factor in keeping some of the expenses very high.

So again lots of talk today about what is a patent, who gets one and how many are affected and last but not least, what does this do for the cost?  We have a lot of folks working on some of the same technologies in open source to, so keeping up with all of this and making an intelligent decision gets a little more trying every day, especially with the glut we have in healthcare technologies and Health IT where all want to cash in and they are lining up at the doors, especially when it comes to the ICD10 conversion technologies from ICD9.  BD

“We wanted to make sure that we had sufficient resources to accommodate the additional time required to use ICD-10 accurately. We knew OptumInsight’s CAC solution had the capability to do what we needed today, and will enable us to work more rapidly within the coming ICD-10 environment.”

LifeCode bridges the natural way physicians communicate about patient care and the data required in hospital information systems to help provide consistent and accurate diagnoses and procedure codes for proper reimbursement and metrics for quality reporting.

The newest LifeCode NLP engine patent recognizes OptumInsight’s innovative “mere-parsing” methodology, which not only identifies and interprets words and phrases, but enables the technology to understand their contextual use to make coding decisions and track clinical documentation practices.

Implementing OptumInsight’s CAC is also foundational to Ohio Health’s ICD-10 readiness efforts. By October 2013, the Centers for Medicare & Medicaid Services requires all health care providers to code medical claims using the ICD-10 classification system, a 155,000-line index of medical diagnoses and procedures that replaces the 17,000-line ICD-9 system. As a result, hospitals and physicians offices face an increased demand for coding resources and are at greater risk of lost revenue and productivity from bottlenecks, inaccuracies, denials and delays in the coding process.

“ICD-10 requires a lot more data knowledge and will take more time to code correctly,” Diane Setty, Ohio Health’s corporate director for health information management. “We wanted to make sure that we had sufficient resources to accommodate the additional time required to use ICD-10 accurately. We knew OptumInsight’s CAC solution had the capability to do what we needed today, and will enable us to work more rapidly within the coming ICD-10 environment.”