Doctors And Medical Student Membership With the AMA Continues to Decline

getting compensated and coded correctly on medical visits.  This article states that in the last year another 12,000 have left the ranks but again at 17% or less of total MDs in the US they still are the largest.

There are a couple other alternative organizations where doctors are turning and there’s multiple reason.  Some doctors feel the membership fees are too high and when I run into MDs in the southern California area that are not even making 100k a year, well those folks might be very well justified in their opinion and not being a member.  When I say they are not making a lot of money it’s not because they are not busy, it’s just the compensation contracts are getting tougher.  Insurance companies are now buying up IPAs and HMOs.  We had United Healthcare buy put Memorial IPA here not too long ago and Wellpoint bought Caremore and both are substantial sized organizations.  You might just as well guess that with a merger or an acquisition it’s time for new contracts again and if you read the news they are not going up so with further cuts in compensation and payment efforts there’s less money to go around.  So as many can’t afford insurance, many may not also be able to afford the dues.

There’s other matters and reasons too and one of their members stated he thought it was due to political activity and that could be too.  From what I see as an outsider is a big huge focus with selling software and the organization appears from the outside to be another big software house at times and there are plenty of those everywhere you look in healthcare and if you read hear often enough you can here me rant about the “gluts” of both desktop and especially consumer mobile apps that are out there as it seems today sometimes software gets written and created just they can.

If you want to talk another side of the coin, they too sell physician and other data and that’s been done for years and with healthcare marketing on steroids today, they are in there too.  Doctors get the double dose as we have our prescription records sold and they get both the consumer and doctor side of the data sale.  The state of Vermont had a very unusual ruling on the privacy law with prescription data.  I think they were over their heads a bit with an interpretation and since we can’t control this, well lets tax the heck out of it to minimize the action.  That could be done and I just think that judges these days are not as up to date as they should be as they get caught with having conflicts of interest with not keeping up with their investments and so forth with mergers and acquisition.  As I mention in the article below if Viagra can’t get a copyright, Cheerios and anti perspirants are considered drugs by the FDA, what the heck does this ruling signify with using “speech”?

I like this video here too as this attorney talks about some hot topics such as MD ratings, etc. and you all know how I have proven on this blog how flawed and outdated their material is when I found my former deceased doctor who had been gone for 8 years still living in the Internet afterlife.  You can pass on but your data seems to live forever.  I tell all doctors to take a look and the burden should not be on their shoulders to correct what it put on the web that is not updated and correct.  You have dead doctors, doctors affiliated with hospitals they have never set foot in, wrong specialties, etc. 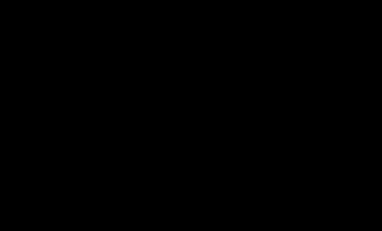 Some also fee that the CPT code issue with the AMA having the exclusive right to create them has also had an impact, and well, this got outsourced like so many things in government, look at Medicare, all outsourced on processing claims using those CPT Codes.  If you are a software developer, you also have to pay the AMA to include they in your program.  Doctors can enter them and create their own listings of the ones they use, but a vendor cannot unless they pay the AMA to license the use of the full data base. It is interesting to see organizations that were once up a the top of the ladder with support kind of fall a bit by the way side and you can look at AARP from the consumer side too.  Doctors may feel any benefits from membership just as AARP fails to entice the public much any more and they just want to sell insurance and get some more coupons rolling.  BD

The American Medical Association lost 5 percent of its membership last year as the physician group faced fallout from its endorsement of Obamacare and refusal to retreat from the law’s most controversial provisions.

As physicians and medical school students back away from the well-known organization, they’re turning to upstarts like Docs4PatientCare and the Benjamin Rush Society, two alternatives to the AMA.

Docs4PatientCare maintains contact with about 4,000 physicians who are primarily concerned about preserving the doctor-patient relationship. Many of them became active after the AMA’s endorsement of Obamacare in 2009. That endorsement was touted by President Obama and liberals in Congress to build support for the Patient Protection and Affordable Care Act.