predict who may not be taking their meds.  Is this something new here now with the new “evils” out there not taking their medications now to be blamed for contracts?  It sure is starting to look that way and I think the truth of the matter is due to economic times many are flat not being able to afford them and non compliance is due to that factor, which can’t be over looked.  It’s not the evil lazy patients out there, they flat out can’t afford the drugs.   Maybe these algorithms need some adjustments to take that into consideration. 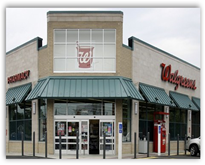 Walgreens said not too long ago their data business of selling our prescription data and maybe some retail profiles collected was worth $749 million too.

So who’s next on the healthcare contract debate?  BD

June 21 (Bloomberg) -- Walgreen Co., the largest U.S. drugstore chain, fell the most in three months in New York after failing to renew a contract with benefits manager Express Scripts Inc., valued at more than $5 billion in annual sales.

The agreement, which ends as of Jan. 1, collapsed partly because Express Scripts wanted to cut reimbursement rates to “unacceptable levels,” Walgreen said today. St. Louis-based Express Scripts responded that it’s “prepared” for a pharmacy network without Walgreen, now its largest retailer, and that the change will have little impact on patients.

“We would prefer that Walgreens participate in our network, but only if its costs are in line with other participating pharmacies,” David Whitrap, a spokesman for Express Scripts, said today in an e-mailed statement. The company has more than 60,000 pharmacies in its network, giving customers ample choice, he said.