Nimbus is a company that uses “computational drug” discovery methodologies in other words using technology to for research.  In short simulation is the key here

with creating new drugs with a computer long before a wet lab is ever started.  Lilly Ventures and a couple other investors are in as well with the last $24 million raised.  Bill Gates also invested in the partner company Schrödinger, back in April of 2010.

“In 2010, Nimbus established a strategic partnership with Schrödinger, the leader in chemical simulation and in silico drug discovery, that grants Nimbus privileged access to leading-edge technology and exclusive rights to key targets. Under the terms of the agreement established in 2010, Nimbus will receive unique access to capabilities and technologies including exclusive rights to exploit cutting-edge next-generation WaterMap™ and related technologies against specific Nimbus targets, exclusive use of customized software packages developed by Schrödinger for these targets, and access to a dedicated team of Schrödinger computational chemists. Schrödinger has a material equity stake in Nimbus and will receive a series of success-driven milestone payments.”

There are 2 targets for drug discovery here and one may be important with cancer research while the other project is working towards other diseases such as Non-Hodgkin's lymphoma. The research as mentioned below is conducted with a virtual screen of the discovery process.  Schrödinger is the software platform licensed by Nimbus for the research.  In modern day research with locating targets with computers it is also safer for researchers as again there’s no wet lab until final stages are reached.  BD

Nimbus Discovery burst out of stealth mode in March with seed funding from none other than Microsoft chairman Bill Gates. Now Nimbus, a Cambridge, MA-based company that specializes in computer-aided drug discovery, is chalking up a second impressive milestone: It has raised a Series A funding round of $24 million, with money from Gates and from lead investors Atlas Venture, SR One, and Lilly Ventures.

Nimbus is rapidly advancing two drug-discovery programs. One target it is pursuing, an enzyme called ACC, may be important in cancer and metabolic diseases such as obesity. 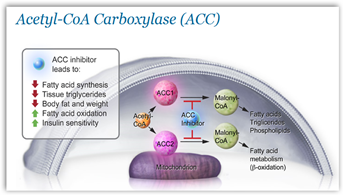 The second target, called IRAK4, is a protein involved in Non-Hodgkin’s lymphoma and inflammation. Nimbus has already pinpointed promising drug-like compounds that target IRAK4 and shown proof-of-concept in early basic studies. “This occurred only 9 months after we initiated work on the target with a virtual screen,” says Jonathan Montagu, V.P. of business operations at Nimbus in an e-mail. 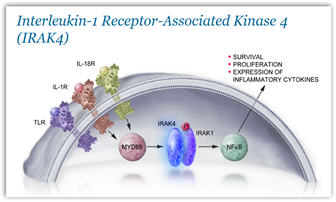