Startup Health Wants Developers to Focus More on Wellness Apps Instead of Games–Did Someone Forget to tell Aetna & Humana?

Let’s just face it Wellness and healthcare apps are not fun, no matter how you configure them as our life is not a game.  There are different types of games and some sites offer a “quiz” which there’s nothing wrong with that but I do have a problem when insurers think they can create an addictive game like Farmville to further tie one down to the computer and learn about wellness.  This is an oxymoron and furthermore kind of tells us we are “stupid” in essence if we can’t figure out the difference.

The intelligence folks have been feeding off the lack of digital literacy of many citizens for a long time and this is not to say we are stupid by any means at all, it’s just that they are using any market that appeals to the side our brain that kicks in some serotonin so we think we are having a good time.  Today’s it’s hard when you have all of that thrown at you at one time. Are you going to play an online game to create a profile of what’s going on in your brain and create more data for sale?  Sometimes that’s the way it is and when you sit and play an addictive game you don’t get off your butt and move, so some of the games that are created are in fact “oxymoron's” to collect data, and not get you off your butt, so perhaps the folks over at Startup Health might want to have a chat with the insurers creating these games? 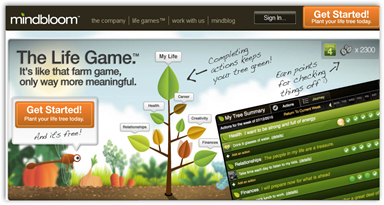 It was actually pretty funny reading all the news about this “game” as the Silicon Valley folks said “wow what a big score for Mindbloom”, again look at everything for what it is.  If you don’t understand the data scraping business, watch this 30 minute video from Stanford as it will tell you what it’s all about.  Children may do well learning with games but as you become an adult let’s get into the real issues and talk about healthcare for what it is and getting useful apps out there.

I just had to replace my phone over the weekend and thus I had a chance to take some time and review the new Windows Phone 7 applications and yes I poked around to see what was there and there were tons of BMI calculators and other small informational apps that I wonder if anyone will use, some were free and some would cost a dollar or two, but in each case there were several that all did the same thing.  On my post about comparing the IPhone and Windows 7 apps I commented about all the “flatulence” apps, so when you come out of surgery is this a helpful game:)  Anyone who has been put under knows that especially when you have an abdominal surgery, the big question asked is “have you passed gas yet” when you come back around, so is this a healthcare app?

Cellphone Died This Week–My New Phone is Windows Mobile 7 - I Wanted Security, Privacy and Applications - In That Order

The point I’m trying to make here is that there were a ton of applications that did one thing and one thing only so when I look for software value, give me something that

does more than one thing.  If you read here often enough then you have read about devices that use bar codes, Microsoft Tags that work with devices to securely enter your information into a PHR.  Are you going to sleep with a device?  Some may want to do it and some may not.  Me thinks after a few uses the novelty wears off and then the device sits there, and the reason for that is the value goes down the toilet for the consumer.  In other words it’s more of an impulse thing and when the impulse is gone, so is the use of the product and the software.

The article mentions Fooducate and I have written about that application and it could be very handy when shopping, other than if you are going to check every food item every time, then you would see it as a burden, so occasional use or using to check a new product here and there would be good.  I like to talk about how software and devices get used in the “real world” as that is what counts.

Here’s another program that uses bar coding too for additional information and I like barcoding as it helps us with food and nutrition but the FDA is still content to let you die or get sick when it comes to medical devices and drugs.  See the top of this blog for the campaign for use by the FDA that has not received enough attention.  We want you healthy but we don’t care if a defective drug or device kills you.  That program has value more so than most any other consumer healthcare application would, outside of devices for vitals and diabetes.

I would really like some serious attention with developers in healthcare apps because to many of the times we end up with “Junker apps” out there that get written just because they have a developer hanging around and feel they need to have an identity today of the fact that they can produce a program, even if nobody uses it.  Pharma has dumped many of their mobile applications as they don’t get used.

So now we come full circle back to one of the most heaviest read post around the Medical Quack that gets retweeted like weed grows:  Everyone is still stuck on the innovation word and forgets how to collaborate and we are beyond the days of the “Shell answer man having a better idea by himself” today.

As a fair example, what is one going to do tonight, play WOW or work on their PHR, I made this post a while back just to make that point of consumers knowing the 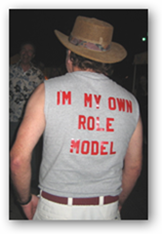 difference between games an healthcare applications.

Lastly we have no role models so why don’t these folks at Startup Health and at Organized Wisdom start to change that?  I thinks that’s a darn good idea instead of the old paradigm of “its for those guys over there’.

Organized Wisdom as the title states just wants to be that, wisdom and tell everyone what they should think about doing but they don’t do anything as a role model that I have seen.  I’m over there with a few posts as a pseudo expert but I’m not there to tell you what to do and quote all kinds of scary statistics at you, just flat out commons sense and knowledge from someone who used to write apps and knows how they do an don't work.  I like technology and I think I might just be the only blogger that puts links to Medicare, several PHR programs and clinical trial information on my blog, the rest don’t do it and too many just want to be “experts’ without sharing and being role models and I’m sure like me, you tire of those folks too.

A year ago I wrote about the HHS National Plan to Improve Health Literacy and said it wasn’t going to happen, and sadly it looks like I was right. Our HHS folks suck at being any kind of a role model and think they are just “experts” and again apps writers see through all of that and most that write healthcare apps don’t use them and are there to make a buck.  It is what it is.

Right now overall digital literacy is a big problem all the way around in addition to healthcare consumer IT literacy so those in Congress are just as illiterate and again I guess you can look at mental health getting a little boost with Rep Weiner figuring out he needs help.  In the long and short of it, people who don’t write code have a tough time 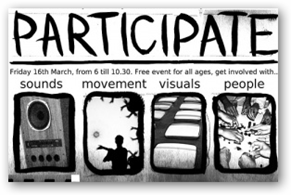 creating value and can’t seem to crack that nut so here we go once again with another slew of apps on a see what sticks to the wall basis going at it again.  I hope by accident something does come out of it, but again the bar codes that could save someone’s life or stop an allergic reaction or one getting sick has value and again that gets over looked for the sake of having more apps that do one thing out there with one technology.  I guess having figure heads that can’t find some “algo men” around will just keep this same thing going in the same path until the light bulb goes on.

I’m on the same side and like technology, good apps and good code, and there is some out there but it takes time to learn and the apps need to be able to show value but when we have oxymoron's with insurers trying to make us well with games that can potential scrape a ton of data for sale, God help us.  BD

Startup Health will focus on new companies in the health and wellness space. The goal is to provide entrepreneurs with the information and support they need to go from idea to sustainable business. The organization is being created by OrganizedWisdom, a health information site that Levin has invested in.