This coincides with the executive order from the President to use technology wisely.  I think this is a good over all project.  With the current focus on innovation you have to delve into the minds of coders and developers as they are in fact

problem solvers but sometimes when not managed as far as predicting use, they create gluts and we have that too with both mHealth and other healthcare technologies out there.  I report on all this and it makes me nuts so I feel for the average consumer that looks at all of this.  It’s again innovation without collaboration that drives this.

This is not to fault developers as that’s just the way they think and I used to think that way when we didn’t have the availability of software solutions but now we have them coming out our ears, with apps that one do one thing.  Make apps that do more than one thing and collaborate I keep saying, but we still keep seeing the “one thing” apps appear every day.

In addition we have the digital illiterate at work too in some areas like the Senate, who by the way just got hacked yesterday from the public side of their servers, and last year they couldn’t get their heads around cloud services and cut funds.

Those folks on the Hill need some “Algo Men” in a very bad way. 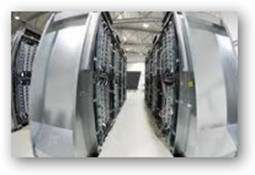 Then we also have insurers filling up the pipelines too with tons of applications and everybody wants to brag about their apps today to help everyone, but what I have found is that in many situations, companies don’t even use their own apps!  That’s is a fact so we are still stuck with this old paradigm that I wish would die of “it’s for those guys over there”.

The Blue Button campaign is great and now insurers have embraced that as well in the press, but truth of the matter is that most of them have already had something just like it already out there, especially for patients with PPOs and HMOs, so again re-wording here I guess to make the help side of it a little clearer?  Aetna for example wants everyone to use their Medcity apps, since they bought the company not too

long ago, so no surprise there but they are also confused on their marketing as they want you to sit and play an addictive game to learn about healthcare, an oxymoron.  This is a result of their marketing “Algo Men” and really just helps collect data in the long run for behavioral analytic and doesn’t get you off your butt.

New websites can’t be created unless approval is given by the White House CIO.  I hope some day too that maybe he will also talk more about collaboration and add that to his agenda instead of just promoting innovation on it’s own as you can see what we have as a result, tons of glut and a lot of wasted money as we have no shortage in the US of innovators, just collaborators are far and few between and seem to only get attention when there is either a merger or acquisition.  I can’t really blame Sebelius on this as she doesn’t have an IT Infrastructure background and thus this all took off like a runaway train.  In addition to websites the government is also working to consolidate data centers too which will save energy resources.

I like transparency and the fact that much of the government resource data bases are being used to show additional information that we have not had access too, but again we need balance here to somewhat figure out what will be used and what will not.  Just because the data is there to use doesn’t mean we need access if there’s no interest and some real valid use and this battle continues on with opinions from various side of the table and what they “think” consumers want and need, again the dangerous “its for those guys over there” coming from opinions of those who wouldn’t use it themselves as we are all so busy today.  Private industry goes through the same things with funding and investments.

We really do need greater technology capabilities on the Hill though as what we see in the news would give us as consumers some greater value instead of the soap operas that we hear and see today but using technology for better decisions doesn’t sell as well in the press, sadly as it seems that Congress thought machine learning was only for playing games and maybe soon this will change with the further education of our lawmakers as to what’s really happening in the world today.  BD

The White House is freezing the number of new federal websites — .gov domains — to cull the bloated roster of often unnecessary government websites as part of an effort to cut government waste.

There are nearly 2,000 top-level, federal .gov domains, a new White House blog post points out, with smaller sub-sites and microsites adding up to an estimated 24,000 websites “of varying purpose, design, navigation, usability and accessibility.”