This article just blow me away as I quite writing about 5-6 years ago when I created a simple medical records program and I had audit trails back then and even created screens that were “read only” to where they could be searched to see who, what and when changes were made, along with the original content being stored. 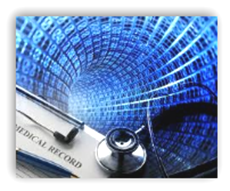 Again, I thought all programs had this and of course the major vendors do and this information is useful by all means.  The reference made here is Stanford who is using a system from Epic and I find it hard to believe that there’s no audit trails and maybe this goes back a number of years, but by today’s standards this is pretty much standard operating procedure.

I can see the new issue here with making it available to patients being an extra IT cost, and something that should be done, but again the fact that there are systems operating without audit trail capability kind of blows me away.  On the other hand if systems have not been updated to include this, I can also see the hospital’s side on the big cost of having to do it now as costs in Health IT have escalated immensely over the last couple of years.  Shoot I have seen people “copy and paste” wrong information into charts at time by accident and having the audit trails available to correct such errors is tremendous as it could be a life threatening situation and it does happen occasionally.

We are back to the same old situation of money again as if it were not an issue, I don’t believe the hospitals would feel the need to be in this position as many are also to the point of trying to figure out how to keep their doors open too, so while I feel this should be standard with any medical records program the other side with money is pushing the analytics of the entire situation.  There are of course government incentive programs that are in place to encourage the use of medical records and some providers and hospitals have just begun the “attesting” program to receive their compensation.  If this expense is not affordable, then it certainly doesn’t look real bright for adding on more costs for the Health IT needs for an ACO, right?  BD

If hospitals had money, this would not even be an issue.  BD

The California Hospital Association is fighting a legislative attempt to require a "track changes"-type function for electronic health records, saying the benefits aren't worth the additional cost.

State Sen. Mark Leno, a Democrat from San Francisco, is sponsoring the bill in response to a case in which someone altered the electronic medical records of a patient who had died. State health investigators discovered that someone had erased relevant portions of the dead woman's computer medical records. In addition, a nurse had been instructed to retroactively include notes describing the patient's care. The woman died following knee surgery at Stanford University Medical Center.

The bill calls for tracking changes made to EHRs and keeping a record of who made them, according to a report this week by California Watch, a project of the nonprofit Center for Investigative Reporting. Patients would be able to see changes to their records, as well.