With healthcare reform the purpose of the new pathway was to get drugs out to consumers faster, but in reading here it appears that some biotech companies are 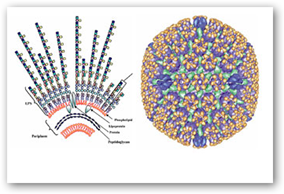 going to continue on with the same methods they have been using for the standard BLA application.  Timing and patent expiration enter into the picture for sure here.

I’m sure we have not heard the last of this one either as there are longer times for the drug to be exclusive and as long as the options are there, it looks like some are staying with the original filing plan.  The laws have been created and now how the FDA will interpret, well, this is maybe another complicated issue that has been tossed onto their already over flowing plate.  To say the least, this is going to be an interesting watch to see how it works and how many pharmaceutical companies actually take advantage of the new “pathway” and if it is cost effective for them to do so.

Time will tell if we as consumers see the reality of less expensive drugs with biosimilars getting into the hands of our doctors any sooner.  BD

But boy does it sound like an uphill climb from here. We were struck by the case made by Bob Dormer, a founding partner of the DC law firm Hyman Phelps & McNamara, who argues that--all things considered--sponsors are better off just filing a conventional BLA than bothering with the new "pathway" for biosimilars created by the health care reform law.
Dormer offered the following points:

The IN VIVO Blog: Follow-On Biologics: Is There a Pathway?