I made brief mention of what Medco was doing just a day ago and here’s additional information on their plan.  Pharmacy Benefit Managers are now molding into a new area.  Yesterday I focused on CVS and what they doing with their program.  Medco has some specifics with selected drugs such as Plavix, which about a year ago I wrote a post about the drug being next in line for genomic testing since it is a blood thinner.  It has been interesting too that Medicare has not seen fit to pay for the warfarin test either, and there have been many articles about this with those stating it was not cost effective. 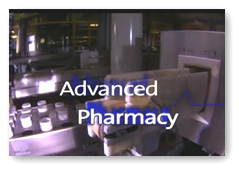 Back in 2008 Medco has prepared a report on genetic testing to the FDA thus initiating their interest in pharmacogenomics.  Medco does not need a partner with genomics as they bought their own company, DNA Direct.

The pharmaceutical business also has a big interest (link below) and you can read up on some of what they are looking which also includes pricing so they can forecast as an example of a generic enters the field and anticipate a loss of sales.  In addition they can look and see where they might be focusing their own generic drug efforts to sustain business.  In short the development of new drug is going virtual, in other words the entire environment is created on computers before anything material is actually touched at all, virtual research on the move.

“These computer-simulated systems are then used to perform billions of virtual experiments (what the company calls “forward simulation”) to identify biomarkers of drug efficacy and toxicity to stratify patients in clinical trials. Those biomarkers can later be confirmed in the traditional wet lab environment. A goal here is to apply the firm’s reverse engineering-forward simulation (REFS) technology to speed the often tedious and time-consuming drug discovery and development process, enabling pharmaceutical companies get to market with new products quicker than they could with conventional methods of finding and testing new products.”

Medco is also one of the most automated pharmacy benefit managers around and they have invested heavily and I remember seeing a news report on television and the newscaster on the tour of the factor kept asking, “are there any people that really work here” again just due to the high levels of automation they have built.  As I mentioned before, this will require some watching here as the ties get closer to the insurance companies to ensure that we get accurate results and interpretations and the ability to even perhaps have another interpretation if we don’t agree with the test results.  Privacy as always is something to ask and consider and I think most wouldn’t be as concerned about this part of the equations if we didn’t have “evil twin” out there trying to always use data against us to deny care or claims.

It’s just like getting a second opinion with a procedure or treatment from a doctor.  The sequencing results are meant to be guidelines and to be used as such, but there may be times when there’s room for questions in some area as the field is continuously developing. I just posted today about the FDA approval of a new test for thrombosis, the first one out there if that gives you an idea as to how fast we are moving here.  BD 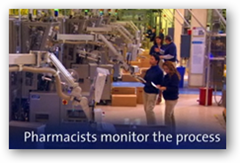 Medco is expanding its efforts to promote so-called pharmacogenomic tests--assays that can signal how a person will react to a drug or can help decide what medicine, or what dose, is best.

For its employer and insurer clients, Medco also plans new services for genetic tests beyond those just tied to drugs: counseling for members and their doctors, and a consulting service to advise client companies on what genetic tests should be covered. In addition, it's launching a service for health insurers that would administer coverage of high-tech lab tests, which are traditionally handled as a medical benefit by insurers themselves.

The moves, slated to launch in July, are drawing questions. Some doctors worry the company is promoting pricey tests that aren't yet ready for widespread use. In addition, Medco's push into lab benefits could eventually put it in competition with the health plans that are also its clients. And some industry critics say pharmacy-benefit managers, or PBMs, like Medco may have conflicts of interests if they can benefit financially from testing as well as from drugs that may be given based on a lab result.