This is definitely some earth shattering news today but coincides with the business related side of running some areas for profit.  I think almost everyone is aware of the City of Hope and what they provide and do for Cancer and all areas of Oncology.  A lawsuit has been filed and the vote from all the doctors is reflecting a serious

loss of confidence with the hospital.   California law provides patient protection by prohibiting hospitals from directly hiring physicians and exerting influence over a doctor's medical judgment an so thus they are ending the agreement by firing the Medical Group.

I think the big question here is the control over the doctors in the decision making process by the doctors of what is best for the patient, and we may see more of this as numbers begin to crunch for profit, I hope not but it seems inevitable.  What has occurred here is the termination of all hospital-based physicians with this group and the request to join another one that is “for profit”.

Last year in Texas the TMA reported on an ER staff being fired due to the fact that they refused to work on raising admissions as they need the money.  You can view the video at the link below to see what happened, fired and gone and this all revolved around money and control too.

The California Medical Association all chimed in here with stating this was all in the interest of “controlling doctors” and was ultimately a power play with creating the new for profit medical group and forcing doctors to join, and terminating their current contracts with the hospital.  It’s tough enough being a doctor today with the inundation of new technologies and working with new developments in treatments and now the administrative side is breathing down their backs on a somewhat consistent level and we are now just approaching the age of the 900 gorillas in healthcare and hospital management and its not going to stop as long as cost continues to be at the top without balance of good care coming into the picture.

A good read on the topic can be found here:  “Augmenting Reality”, written by an MD who does not work at the City of Hope, but is merely offering his insights and he does a pretty good job of stating where reality and good patient care need to meet.  BD

MONROVIA, Calif., May 24 /PRNewswire/ -- The physicians of City of Hope Medical Group announced today that its doctors have issued a vote of an "overwhelming loss of confidence" in Hospital CEO Dr. Michael Friedman (a non-practicing physician) and his hospital administration at City of Hope. The vote was taken prior to City of Hope Medical Group filing a lawsuit against the medical center alleging the hospital has wrongfully terminated nearly all its physician research and oversight services and improperly seeks to control the doctors through an illegal structure which the medical center refers to as a "Medical Foundation." This structure includes a newly formed for-profit professional corporation created by City of Hope and owned by City of Hope's corporate chief medical officer, Alexandra Levine, M.D.

"The City of Hope wants to call this new structure a non-profit medical foundation, but it's really a sham," said Lawrence Weiss, M.D., President of the City of Hope Medical Group. "Unlike most foundations in California, City of Hope's model is to fully control doctors through its parent board of City of Hope, none of whom are practicing physicians," he added.

After many months of negotiations, the physicians have not been able to convince the hospital administration to seek alternative legal structures or to extend the term of the current research and physician oversight agreement. The Group remains open to both of these options. 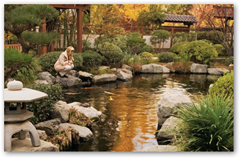 Patients at City of Hope National Medical Center." In it, CMA President, Brennan Cassidy, M.D. released a statement saying, "The City of Hope National Medical Center Corporation is abandoning the medical group entirely to create a model giving it control over crucial decisions made by physicians about medical care. The corporation's blatant power grab violates California's sacrosanct patient protection prohibiting hospitals from directly hiring physicians and exerting influence over a doctor's medical judgment as to what is in the best interest of a patient"

The City of Hope's simultaneous termination of all hospital-based physicians, nearly all physician-scientists and all of the department physician chiefs is unprecedented.

"We have yet to find another hospital in the country that has terminated nearly all its physician services like this," said Dr. Weiss. "They are holding the doctors and patients hostage by withholding future research funding unless we join this so-called foundation and be controlled by them. No physician or patient should tolerate this," he added.

The vote of lost confidence in Dr. Friedman and his administration was in part prompted by the Hospital's termination of physician services in the departments of radiology, radiation oncology, pathology and anesthesia, all of which are necessary to keep the doors of the hospital open to patients. "To date, we have received no plan from the Medical Center on how it intends to provide the same level of research and patient care without a contract with the doctors," said Dr. Weiss. "It is wishful thinking that all the doctors will want to be controlled (illegally as we contend) by the Hospital, particularly when 113 out of 114 physicians voted against their plan."

The "loss of confidence" sentiment was strengthened by City of Hope's lawsuit earlier this week against the doctors in which the Hospital alleges certain provisions of the Medical Group's employment agreements with the physicians are unenforceable and should thereby allow City of Hope to openly solicit the doctors into its new for-profit medical group.

"The lawsuit by City of Hope is nothing but a way for the Hospital to try and re-write history," said Dr. Weiss. "They have spent the last several months trying to convince everyone that they are not trying to hire our doctors away from us, and now they are suing the doctors to try and make their solicitations to hire them legal," he said. "I've never known a hospital to sue their doctors and try to recruit them all at the same time, but this is the mindset we're dealing with here."

The City of Hope has tried desperately in their suit to claim the hospital has not yet formed a medical foundation and contends it therefore cannot be illegal.

"What they fail to mention is that every foundation in California requires a professional corporation with 40 doctors in it before the foundation paperwork can be filed," said Weiss. "Last month the City of Hope formed a for-profit professional corporation under the name of its chief medical officer, Alexandra Levine, M.D. for the purpose of hiring our physicians and controlling them through financial and other means," he added.

Alexandra Levine, M.D., City of Hope's chief medical officer and owner of the new for-profit medical group, has demanded individual meetings with Group physicians and in the course of trying to entice the doctors with more money has also offered to support up to $10,000 of legal costs per doctor to seek counsel on how to break their employment contracts with City of Hope Medical Group.

"The California Medical Association got it right in their statement," said Weiss. "This is a power grab. City of Hope has said their foundation will provide quality, efficiency and integration in the delivery of care. One only needs to ask… What makes Dr. Levine's for-profit medical group (which employs just a 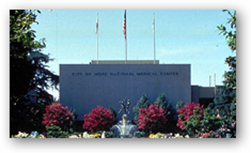 couple of physicians), any more integrated, efficient or of better quality than the City of Hope Medical Group's 187 nationally recognized physicians?"

The City of Hope, as part of its lawsuit faults the physicians for notifying patients of the impending termination between the doctors and hospital corporation. The City of Hope Medical Group believes it has an obligation to its patients who have come to trust their doctors, citing that the physician board of the group reviewed and approved the letter before it was sent.

"The City of Hope wants the public and patients to believe this issue is much to do about nothing, said Dr. Weiss, "A hospital simply cannot keep patients and the public in the dark after it has terminated its contract with virtually every physician providing clinical research and hospital-based services. Frankly many physicians feel it was in very poor judgment to have terminated the doctors without a reasonable option to otherwise provide this necessary care," he added.

The doctors remain hopeful the parent board of City of Hope will intercede to end the crisis.

"We have proposed many reasonable solutions that are legal and unlike City of Hope's plan, do not cost our patients, insurers and tax payers another dime," said Dr. Weiss. "If this isn't about money or control, I'm certain City of Hope would have found our many proposals to be perfectly fine," he added.

About City of Hope Medical Group