This is a good article to read on how things in the data houses get mangled without appropriate planning, so sometimes those reporting systems you think are really doing the job, are not.  It was so bad that the board of directors could not validate the company financial reports, a dangerous item if you are traded as a company

on the open market and provide false information either on purpose or by accident.  The Biotech company has also been under the gun with trying to find a new HMO plan for their employees in Orange County, CA as even biotech companies are hit with high health insurance increases.

I included a few of the highlights here and you can read the entire article at the link at bottom of the page.  I mainly wanted to emphasize the danger of algorithmic formulas that are not organized and end up reporting information that is not correct and I am guessing that Beckman is not alone in this mess either.  It kind of makes you wonder how much of the financial data we read today is in fact accurate.  As you read here, an outside agency had to come in and audit and of course after the fact, changes were made in the structure and data flow.  How in fact would an agency like the SEC function if they had to audit something like this I wonder and what conclusions could be determined?

Beckman Coulter sells DNA sequencing equipment and has various areas dedicated to research and development with stem cells, biomarkers, etc. so we definitely want to be sure their data houses are in divine order.  BD

In more than 15 years of interviewing senior executives about their business intelligence software implementations, I can’t recall hearing about a more badly mangled environment than the tale I am about to tell. And I can’t recall meeting a more candid IT executive than Dawn Conant, director of business intelligence at Beckman Coulter, life sciences instrument maker.

Worse yet, approximately two thirds of them were running directly against a single global Oracle ERP instance or other online transaction processing system. There was no data warehouse to protect the production environment from the analytical sandbox, so 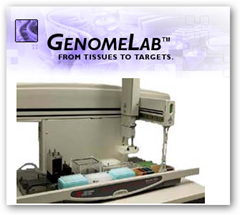 You can predict that there wasn’t a single version of truth. Instead, there were hundreds of expensive versions of guesses. The frustration and confusion went right to the top – the board of directors had called in its own audit team because it couldn’t validate the company’s financial reports.

The rule of thumb frequently provided by the vendors of prebuilt apps is that you should be able to use at least 80% of what is in the box and only have to customize 20% or less. It will come as no surprise that her first piece of advice is to not bank on that level of usability. Instead, carefully match up the code you get versus the functionality you need. “Significant analysis of the code,” is required before you make a commitment, she noted at the event.

Make sure your business users, and especially your experienced report writers, are part of the code analysis team. The IT department won’t know where all the source data problems are, so you better have people on the assessment team who know the black holes.

The bottom line on pre built analytics: They deliver less than you hope but are usually better than starting from scratch.