On the flash crash, as an observer and reader, I added my technology guesses here as from what I read this is what it sounded like to me.  Some trading house have upgraded to some new powerful Xeon processors and we are at the speeds right now where this has to be taken into consideration as perhaps the “load balancers” on the software may not be ready for a new influx of maybe up to 66% more power on some virtual hard drives, while others have less.  I’ll leave it at that and not get too technical here, but check out the link below for more detail, darn servers go down all the time and on the web too, but as an average user you just don’t know

it’s happening because IT lives of of back up and mirroring drives and virtual drives.  Audit trails would indeed be able to help us nail down what has happened in days of flash crashes.  Do you think a hospital today is without audit trails that is using technology, heck no.

We still have some real “8-track” people around in big positions and Harry Markopoulos reminded us of that fact when he turned over information to the SEC and they had no clue on what to do with it, not to mention the stories out about the SEC folks playing porn on their computers too.   Someone though has become educated here as we are now hearing the words “audit trails” coming from the SEC and the real word is used too, unlike the silly connotation of the words “circuit breakers” that is used to explain an algorithm that slows down trading as need on exchanges.  A circuit breaker sits in my house and is a piece of hardware, on the exchange this is not a piece of hardware, it’s software.

I started talking over 2 years ago about audit trails and a “Department of Algorithms” so see if you reading here, there’s some interesting forecasting going on around this blog sometimes, as I predict through the data world and how it operates.

Now this is also a pretty big data house project too to set up audit trails and it’s not done overnight but is something that should have been done years ago, but duh, we had very few people in areas of responsibility that could see value as we go back to the world of the “non participants” once more.

During the Senate testimonies, this is what was given to the CEO of Goldman, paper audit trails?  Duh?  BD 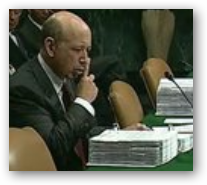 WASHINGTON (AP) — Federal regulators moved Wednesday toward requiring a uniform system for tracking all securities orders on American exchanges, in hopes of making it easier to investigate market disruptions like the plunge on May 6.

Members of the Securities and Exchange Commission proposed, on a 5-0 vote, requiring exchanges to maintain an audit trail covering trading orders from start to routing to execution.

The regulators said that would make it easier to investigate market disruptions like the so-called flash crash this month that sent the Dow Jones industrials down nearly 1,000 points in less than 30 minutes.

After the May 6 plunge, the S.E.C. and the major exchanges introduced a plan to adopt marketwide “circuit breakers” to pause trading during periods of high volatility.

Under that plan, trading of any Standard & Poor’s 500-stock index that rises or falls 10 percent or more within a five-minute period would be halted for five minutes. The rules would be applied if the price swing occurs between 9:45 a.m. and 3:35 p.m. — nearly the entire day.