Home » Insurance » Medically Related » My Commentaries » Technology » HHS To Conduct Study on Patient Perception on Health IT – Got A Better Idea Why Don’t They Become E-patients Role Models, and Participants – Make IT Personal and Believable

I say this quite a bit here at the Medical Quack, there’s nothing better than first hand experience and it saves time in trying to figure out what others think too. 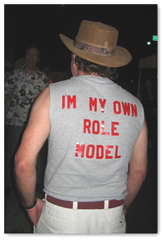 This is why we have the big boom on social networks.  It’s a given fact that we have very few role models out there today when it comes to Health IT, and so many still subscribe to the paradigm of “it’s for those guys over there”.  I have a term for that I coined here a while back called “Magpie Healthcare”, in other words those who just repeat and basically are “non-participants”.  Just last week I was pondering the idea if Joe Biden and Kathleen Sebelius themselves participated with their own healthcare records?  Do they use a PHR themselves?

I’m a software person and medical records is all about using software.  I wrote one a while back and you get nothing as far as valuable information until you sit down and become a member of the technology party here and stop repeating what others have to say. I don’t remember anywhere hearing anyone in any position of record talking much in this area, with the exception of one individual and that is Dr. John Halamka at Harvard Medical.  He’s one of the real influences and people to admire today.  He goes above and beyond where most are still stuck repeating information.  He’s been chipped, sequenced, and I’m sure there’s more but even when it comes to his on PHR, we are fortunate that he takes time on his blog to share “his personal experiences” so we can all gain and learn.  So what’s up with everyone else out there?  I share the levels of my participation as best I can too.

Back in March there was the announcement about the White House getting an EHR.  I haven’t heard anything about it since then.  Does anyone at the White House see some value here, we would like to hear about it from those who maybe participating, gee, there’s that key word again, “participation”.

We know about the Office of the Attending Physician, but do they use electronic records, inquiring minds might like to know and hear about some about what goes on, perhaps some useful information we could all benefit hearing about.

We are back to square one with the mention of the pilot program for the Medicare PHR and why it is not having a warmer reception and use – people need help and education on how to use them, this will show value.  Until that is accomplished nobody sees any value.  People will rush to technology for entertainment but are very slow in general to use use the internet to learn by comparison as our culture tells us “it’s all a big game”.   There is still the need too for some “in person” help and education here too.

The bottom line here is that citizens are getting a bit dissatisfied with listening to experts that are non participants, and if they do participate, we certainly hear nothing about it and they leave us totally “flat” with no role models, so then we go the “long” route again with a study to see what people think, but without taking time to educate on value and better care, we are back to the same old thing once again.  Are we once again having yet one more study that goes nowhere?

The world is full of people today that appear to “know what is best for you” and those that still believe “its for those guys over there” but when we get an inner look into how they manage their own, well it seems there’s no information to be found anywhere, kind of like the old story about the psychiatrist who can help 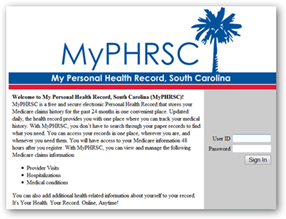 others but their own lives end up being a bit out of control, so do what the doctor says and not what they do.  That might work in that psychology and perhaps this is where the confusion lies, as that DOES NOT work with technology so old paradigms die hard and we keep beating the same old stick with little progress made other than to study the folks who don’t understand why we lack role models that see value.

Maybe we should be doing a study on why we don’t have role models today instead, you think?  BD

WASHINGTON – The Department of Health and Human Services will conduct two surveys to find out more about patient perceptions and preferences for the use of healthcare information technology.

HHS announced the two studies in the May 14 Federal Register.

The Centers for Medicare and Medicaid Systems last year began offering Web-based PHR tools to Medicare fee-for-service patients in Arizona and Utah to help them track their health and healthcare services.

HHS to study patient perceptions of health IT | Healthcare IT News