This is another area of healthcare that keeps coming up in conversation as well as US citizens and those from other countries exploring alternatives.  Here in the US, cost is the driving factor.  There are even methodologies being developed for easy access to information via a software application.  The only downside to traveling to Israel is not the country itself, but rather the relationships with neighboring countries that might be seen as something of concern.

Medical Tourism Will Have An Application Soon – HealthTraveler for Medical Resources 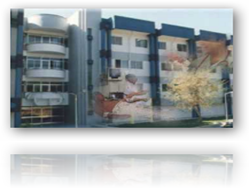 Not too long ago in the news, Canada too, who sometimes has issues getting their own citizens taken care of and pays for procedures here in the US, is also trying to figure out how to get into the business.  They may have a further stretch at this as again, they are needing to ensure their own are taken care of first.

Last year when I attended the World Medical Tourism conference for a day I spent a bit of time talking with representatives from Israel and I do have to say compared to others represented they were well on their way to promoting further services and were right on top of it.   I tried to soak up all the information I could with various conversations with the different countries represented.

“Israel was very much represented and I have to say they had a lot to say and show.  The website, Global Health Israel, has quite a bit of information about tourism in Israel.  The Assaff Harofeh medical center has hyperbaric chamber treatments for patients with wounds that do not otherwise heal.  This was something I had not seen yet myself.  Israel is known for their technology in healthcare and other industries, and I’ll use Intel as an example as their “think tank” offices provided much of what we use today.  I didn’t expect anything less from Israel.”

If a couple were looking at IVF procedures, you can read below to see there’s a substantial difference to what is paid here in the US.  In my conversations with the representatives from Israel I found procedures too that were not currently approved and available in the US.  So far insurance does not cover traveling to other countries, but as healthcare reform continues to churn here, who knows what we will see next.  Also at the conference there were a couple US insurers present and I spent a bit of time listening to their presentations last year and the message conveyed was that “they were listening” and a big concern for US insurers was to make sure all the legal gaps were covered before they would venture further.

When we think back to the earthquake disaster in Haiti, Israel was first on the scene with setting up portable hospitals and placed all patients seen in an electronic medical records system.  You can use the link above which contains more information and a video to show how they were set up almost immediately.  BD

For many people, the idea of traveling to Israel invokes images of sacred synagogues, trips to the Western Wall and moments of personal religious reflection. 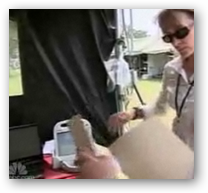 Medical tourism — in which patients travel to other countries for medical procedures — has,  in some form, been around “for centuries,” said Jonathan Edelheit, CEO of the Medical Tourism Association, an organization that helps promote international medical travel.

But over the past five years, advances in technology and medicine combined with growing health care costs in the United States have caused interest in the practice to skyrocket, with no signs of slowing down.

Israeli doctors, hospitals and universities have also become highly respected both in the medical community and among patients, through the development of new technology and Israel’s state-of-the-art facilities.

Unlike most countries, the Israeli government covers IVF procedures for two children for couples who are having difficulty conceiving. Their success rate is, by some measures, as much as 15 percent higher than other parts of the world. And the cost difference is staggering: an IVF cycle in Israel costs between $3,000 and $4,000, as compared to $16,000 to $20,000 in the United States.

“We send the proposal to a few people in Israel who specialize in these operations, then they respond directly to the client,” Hod said.

For the most part, facilitators do not charge patients, but rather work off commissions from Israeli hospitals.

Medical tourism is not currently covered by most insurance companies in the United States, but some are looking to incorporate the option into benefit packages.

“Companies that have a lot of Jewish [employees] or Israeli people have a reason to offer medical treatment in Israel,” Steiner said.