The problem here is the math or the algorithms used in Business Plans don’t match so knowledge of Health IT is once again being tested. I made comments last year that leaders in US Government areas of healthcare were going to need some of that knowledge and it looks like this is beginning to come to fruition. 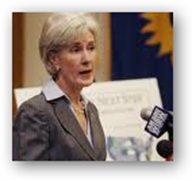 Having collaboration skills on one’s resume for negotiating with insurance companies is almost pretty useless as they pretty much do what they want anyway and only respond when issues bring them under the radar.  Here’s the recent article about how employers are weighing their odds and calculating what direction they may decide to go.

Sure the option may be out there, but are there folks who can afford it or that want to afford it?  We are seeing double digit increases coming along and granted with employer insurance there is less of a bite for the individual, but what if the employer says “I’m out of here” and decides to pay fines.  The urging to hold down premium increases doesn’t look like it’s getting the bull by the horns either.

If you don’t have a Department of Algorithms to audit and ensure the calculations are correct, there’s not much of a leg to stand on here.  I would say about 70% of what is done in all areas with the “business of healthcare” requires some real strong Health IT knowledge so one can battle back and understand what’s happening on the other side, otherwise, not much gets done and health insurers, as far as compliance goes, and they can sit back and rely on the world of the non participants and the distracted to keep the wolves at bay while it’s business as usual with additional algorithms for profit.

UnitedHealth To Pay Out Higher and More Frequent Dividends to Share Holders, No Caps on Earnings for Executives or What Is Spent on Lobbying Says the Board

A good example today was United boosting up their dividends to share holders and the board voted not to be concerned with what their top executives make and how much they spend on lobbying, they just want their money at any cost, even though this is the healthcare business with ethics, those seem to have been thrown out the window, so again with a county living on distraction and disruptions constantly, they just keep running those algorithms for profit as figure heads don’t quite get what is going on behind the scenes.  BD

WASHINGTON — Kathleen Sebelius, the secretary of health and human services, said Thursday that employers should immediately offer or continue health insurance coverage for workers’ children up to the age of 26, at little or no additional cost.

Employers will have to offer such coverage under the new health care law, and Ms. Sebelius said they should act sooner, without waiting for the requirement to take effect.