also have similar arrangements with contracted groups.  As mentioned below, there’s the question of how many “doctors” will be on the board and one comment below states that there will be “one token” doctor on the board, which in other hospitals there is a bigger mix of MDs with non medical members.  Here’s the original post from earlier this week.

The next big issue at hand is the new foundation that is being created and their stance on independence as the new foundation is stated to pretty much be run by the hospital instead of the actual contracted physicians being separate.   The California Medical Association has come out in defense of the doctor’s medical group in their defense on this item.  One other interesting issue at hand here is reimbursement as Medi-Cal pays higher rates for procedures done at a clinic that the hospital owns so there’s incentive here to keep procedures under the areas governed by the hospital, so one does pose a question here of whether or not procedures should be performed as out patients or under the facilities owned by the hospital too.

Foundations have had some money issues just every where else in healthcare as 55% of the US hospitals are currently operating in the red today.  If the doctors do not join the new foundation, patients get all new doctors it would appear.  In researching and reporting with the blog here I am seeing many strange things occurring today and they all come back to budgets and money.  Something that struck a strange cord the other day was to see the insurer, UnitedHealthcare, purchase a Chinese gateway company via one of their wholly owned subsidiaries is to promote and bring more Chinese drugs and medical devices to market, which would also stand to serve to drive down the prices of drugs and devices here in the US and could drive some out of business as well.  This is all happening at the same time we are trying to create more jobs and recover our economy.

Out of all of this I’ll mention that who stands to lose the most is the patient and the type of care received.  We don’t like to hear it but it is starting to happen all over with business decisions are getting in the way of the best care for us, you can’t help but take notice, it’s in the news every day and I get calls and emails from people telling me the same.  If the new foundation does in fact take over it would open up a real hornet’s nest for other hospitals in the state to jump on the bandwagon and try to facilitate the same with the ability to exercise control over the physicians and research we depend upon to take care of us.

I think when it comes down to working out expenses and care, there’s a better way to collaborate and work together but in today’s hostile healthcare 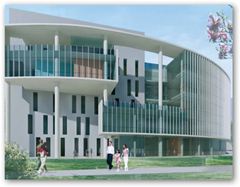 environment it is a struggle as reimbursement battles are being created where they really should not exist.  BD

In the vote announced Monday, the doctors group, called City of Hope Medical Group, slammed the hospital for not renewing a contract with its physicians engaged in research, teaching and some specialist work. In its announcement, it also accused the hospital of illegally soliciting doctors away from the group.
The cancer hospital, located in Duarte, a suburb of Los Angeles, seeks to replace the physicians group when the contract expires Feb. 1, 2011 with a new medical foundation the doctors group says will be largely run by the hospital.

Though announced this week, the vote was taken before the physicians group filed a lawsuit earlier this month against the hospital, accusing the hospital of trying to illegally control doctors through the medical foundation.
The hospital promptly counter-sued the doctors group, arguing that it is trying to recruit the doctors legally. The hospital is requesting judicial intervention to block the doctors group from interfering with its plans, and it blames the group for "besmirching" its reputation since talks between the two organizations broke down.

The foundation, headed by hospital corporate chief medical officer Alexandra Levine, would be run by 22 board members, who do not hold medical degrees, and one doctor "as a peace offering," the doctors group said.  And the California Hospital Association, which backs the hospital, said that under California law foundation boards must contain a majority of non-physician members.

Silva said hospital-created foundations can be a way for hospitals to make money from referrals, which they can keep in-system, and which get reimbursed at higher rates by Medicare than outpatient ones.
For instance, Jensen explained, Medi-Cal, California's Medicaid program, reimburses CT scans at $177.47 for independent clinics. But if the hospital owns the clinic, Medi-Cal will pay the hospital $254.56 for the same procedure.

DOTmed.com - Doctors group slams City of Hope in latest round of fighting