This point was made by Juan Enriquez, managing director at Boston-based Excel Venture Management, and a director at biotech Synthetic Genomics Inc. and I agree with him.  I look at the “glut” of software in healthcare not only from the medical records side of the business, but also the analysis side with business intelligence

too.  I am not saying any of this needs to go away by any means as we need it all today, but let’s work on and define what’s already there and make it better, which is what development of software is all about anyway.  Certainly there will be some new developments with unique types of software aggregators and other innovations too that will arise and that will continue, but for the basics needs and systems we have, let’s not flood the market even more.

The point he makes about “coding is coding” is right on the mark.  I used to code and wrote a medical records system and thus my background on coding and after a couple years of selling and continued development I made the choice to get out of it as it is more than one programmer can handle today as everything began to move to the web and away from the desktop and that statement there will give you a bit of a time element as to when I stopped.  The skills I learned though are used today and you see this “slant” at the Medical Quack if you are a regular reader here.  I also have over 20 years in sales and marketing, thus as Bill Gates referred to earlier this year about “hybrids” I am a “hybrid sort” that works to combine and discuss the best of both worlds, sales and the coding side of the business.

A couple years ago when genomic reporting was relatively new, it made sense to me as it is more code, different languages, but same thing, code.  Back in Augusts of 2008 I was invited to interview and discuss genomics with Dr. Patrice Milos from Helicos and this was my first time actually discussing in depth what sequencing was all about and I was also flattered with her comments too in saying “it’s all about the software” and she was actually looking forward to talking about it from the”coding” side versus one more clinical interview.  Of course, both come into play for sure but we were discussing the roots of how it begins, in other words how the coding mechanics make genomic studies possible. 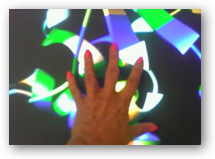 “One area we both strongly agreed upon is the use of software, from a data person like myself and with Dr. Milos with her area of research, we both absolutely concur that software is what makes all of this possible.”

A couple years ago I was able to play around a bit on a Surface table at Microsoft in “folding proteins” and granted I didn’t know all the infinite details here, but understood what was behind the colorful strands appearing on the screen and how the code works here.

If you look around here a bit, I also talked with Rosetta Genomics on a pretty complicated subject of microRNA for testing for certain types of cancer and again it’s all about the coding and software used to bring the information and intelligence to life.  It’s more coding and with my software background I try to bridge the complicated side of what’s happening and use the sales portion to hopefully present information in “layman's” terms so everyone can get something out of each post.  I have posted Juan’s TED speech from 2009 on prior posts from 2009 and here it is below, there’s a lot of wisdom there.

One other institute that is interesting to read up on is the Microsoft Trento Research Center.  This is the convergence of biology and computer science coming together to with a new computer language.  Algorithmic systems biology used to benefit both worlds with a new breed of scientists.  We are talking about Life Sciences and more code. 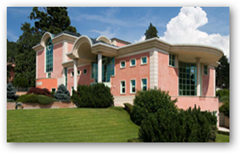 In summary, I think he’s correct here in the fact that coders are needed in Life Sciences today and with the tremendous amount of knowledge we have today from data that is already there, it is a good thought indeed for coders to forget about creating some new “accounting” software as an example and move on over to Life Sciences.  He’s got this on right on the money and is a very forward looking, smart venture capitalist.  The other day I also ran across an article that stated good venture capitalists out there should also know how to code, or at least have some experience in this area and as you can see from this bulk of this post, it’s not just about selling software, it’s solutions and the “code mechanics” behind all of this that makes it happen and what is driving cures and treatments for disease.  BD

Developers of mobile applications often focus on trends like checking in, geo-tagging or social gaming, hoping their software coding skills will help them ride the next big wave.

But these coders should be thinking instead about improving the climate on Mars, designing human organs that fend off disease or cloning cattle that produce powerful vaccines in lieu of dairy products.

Many seemed surprised that Enriquez – a top figure in the areas of alternative energy and genome mapping, and a founder of the Life Sciences Project at Harvard Business School – drew a direct parallel between software coding and the hard science of genetic coding.

But coding is coding, Enriquez said.

And he urged the young developers to see the similarities – more than the differences – between software coding and “life coding.”

As coders, you can hack a cell. You program a cell to go after big problems. So maybe your next big challenge will be in life sciences.”

“The only difference is that the kinds of things they’re playing with are little circuit boards made of life parts,” Enriquez said. “You go to your equivalent of Radio Shack, and you buy your little cell system. As you code and decode, you can build things. You can design your own heart. You can build a sheep, or a cow.”

Synthetic Genomics, where Enriquez serves as a director, recently made international headlines with its first synthetic cell, which Enriquez compared to the invention of the first transistor in its capacity to change the world.