Nobody likes fraud and every time someone is caught is is a plus.  From prior posts and articles, this is more than just an effort on running algorithms as the people committing fraud are usually “better billers” as they have one focus only and don’t see patients.   The link below contains a video of a sting operation from Nightline that shows how actual physical surveillance is required to catch fraud too.

On the automated side of the business in fighting fraud and the world of algorithms though, 1 out of every 14 claims is denied initially and some of this comes from anti fraud algorithmic mechanisms that check for certain conditions suspected to be fraud so there are false positives generated here with every carrier and company that provides this service.  You might want to read up at the link below on how this happens.

A we all know sometimes it is hard enough to get the benefits we are supposed to be covered for while the fraud folks roll in the money.  BD 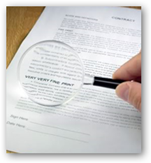 recoveries of more than $510 million in 2009, according to data released today by the Blue Cross and Blue Shield Association (BCBSA).  This represents a significant increase compared to 2008, and contributed to a three-year average return of $7 dollars for every $1 dollar spent on anti-fraud efforts.

BCBSA released the findings from its annual survey at a press briefing highlighting the Blue system's commitment to fighting healthcare fraud in an effort to save healthcare dollars and protect consumers.